Johnny Manziel is one step closer to declaring his intention to enter the 2014 NFL draft.

The Texas A&M quarterback has chosen Select Sports Group out of Houston to represent himself, and LRMR, the firm run Mav Carter, a business partner of LeBron James, to do his marketing, according to ESPN’s Darren Rovell.

Once Manziel signs with the agency, he will forfeit his NCAA eligibility.

Although the Heisman Trophy winner told ESPN on Tuesday that he was still weighing his options and needed to talk about his future with his family before coming to any official decisions, this news suggests that Manziel is heavily leaning toward entering the NFL draft.

The 21-year-old is expected to announce whether he’ll enter the NFL draft or return to the Aggies for his junior season on Wednesday. 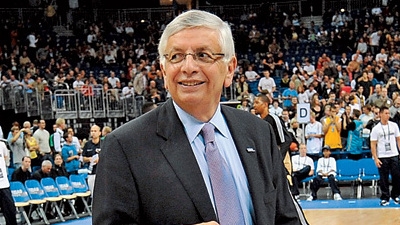