Mike Ditka is old-fashioned when it comes to headwear.

?I think he can make all the throws. He?s a smart kid,” Ditka told the Detroit Free Press. “I wish he?d put the baseball cap on frontwards instead of backwards all the time.?

Apparently Ditka was fine with Jim McMahon’s headbands and sunglasses back in the 1980s (but at least he wore his hat forward!).

?If you?re the leader of the football team, I think you?ve got to stand up and be that leader, assume that role,? Ditka said. ?A lot of it is what you do on the field, certainly. But I think a little of it has to do with appearance, too. You know, respect the game, respect your team. That?s all.

?I?m not knocking him. I?m just saying that?s the first thing I would tell him if I inherited him. When you?re going to go do an interview, put it on like it?s supposed to be on, not backwards, sidewards, whatever way they put them on anymore.?

Ditka might be just a little out of touch. 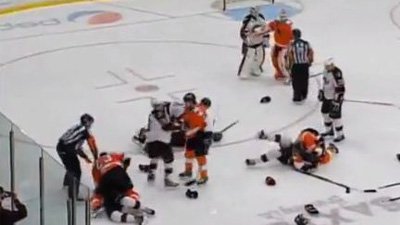