Steve Yzerman made it known he would be stepping down as Hockey Canada’s executive director after his team won back-to-back Olympic gold medals in Vancouver and Sochi.

Luckily for Hockey Canada president Bob Nicholson, there are many qualified candidates to build future World Championship and Olympic rosters, and a few of them were part of the decision-making process in the months leading up to the 2014 Winter Games.

Let’s take a look at four of the best candidates for the position.

Chiarelli is arguably the best GM in the NHL and has built a Bruins organization that is loaded with depth, talent and will compete for championships over the next five-to-seven seasons. A number of the players who could make up the 2018 Canadian Olympic team — including Patrice Bergeron, Tyler Seguin, Milan Lucic, Brad Marchand, Dougie Hamilton and Reilly Smith — have played for Chiarelli’s teams in Boston since he took over in 2006.

The Bruins GM was part of the Hockey Canada staff that picked the 2014 Olympic squad, as well as the management team that constructed the 2012 and 2013 World Championship rosters.

In his tenure as Red Wings GM, Holland’s teams have won four Western Conference titles, three Stanley Cups, earned the most wins in the NHL and reached the postseason every year.

Like Chiarelli, Holland was part of the brain trust that selected the Sochi roster.

Armstrong has built a Stanley Cup-caliber roster in St. Louis over the last few seasons despite not having the resources of a major-market team. He was an associate director of player personnel for the 2010 Olympic team, as well as the general manager of the 2009 World Championship team and the assistant manager of the 2002 and 2008 World Championship squads. He was also among the group of executives who contributed to the construction of the Sochi roster.

Armstrong is one of the sharpest hockey minds in the world and Hockey Canada would be wise to put him in an important role for the 2018 Winter Olympics.

Hockey Canada has been led at the last four Olympics by former players (Wayne Gretzky in 2002 and 2006, Yzerman in 2010 and 2014), and if it wants to continue that strategy in 2018, former Olympian and gold medalist Joe Sakic is the best choice.

Sakic has helped the Colorado Avalanche go from a last-place team in 2013 to one that has a playoff seed almost locked up at the end of February. If his Avalanche team keeps improving, expect Sakic to be among the favorites to replace Yzerman. He’s well respected around the league and a brilliant hockey mind. 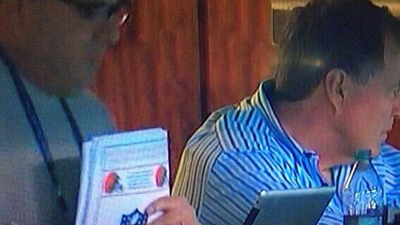