The 2014 Winter Olympics are underway, and although the women’s hockey tournament has already started, the men’s tournament doesn’t start until Feb. 12. That means the men have a couple of days to spend some quality time together in the athletes village.

Patrice Bergeron is the lone Boston Bruin representing Canada in the Olympics, meaning he’ll be bunking up with an NHL enemy during his time in Sochi. Mark Lazerus reports that Bergeron and Chicago Blackhawks defenseman Duncan Keith will be sharing a room as Canada battles for yet another gold medal.

Keith had two assists and a plus-4 rating to go with four PIMs in the 2013 Stanley Cup Final against the Bruins. Bergeron had four goals (and a hole in his lung) during the series, which Chicago won in six games. 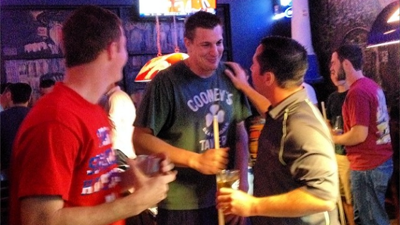 Robert Kraft: Michael Sam Can Play For Patriots If He Helps Team Win