Update: Turns out, this whole thing was a hoax put on by Jimmy Kimmel, whose show Kate Hansen will be appearing on Thursday night. Touche, sir.

Imagine looking out your hotel door and seeing a full-grown wild animal just strolling around.

That’s what happened to U.S. Olympic luger Kate Hansen (of twerking fame), who tweeted a video Thursday of what she called a “wolf” meandering around her hallway in Sochi.

In reality, the animal Hansen spotted looks more like a husky, but it’s still not something that looks just a little bit out of place in a hotel. 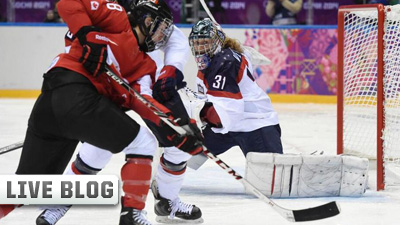