Boston Bruins goalie Tuukka Rask gave up three goals when it was all said and done Sunday night, but the work that he did in the first period should overshadow anything in the postgame stat line.

The Bruins completed a season sweep of the New York Rangers with a 6-3 win at Madison Square Garden, but the game was more than in doubt just moments after the opening faceoff. The Rangers came out with much better jump and execution, and the Blueshirts had the Black and Gold back on its heels in the game’s opening moments.

That’s when Rask decided to stand on his head. The Boston goalie turned in one of his best periods of the entire season during the opening 20 minutes. He stopped 19 of the first 20 shots he faced, which kept the B’s in a game they probably should have been trailing by three or four at the first intermission.

Instead, Rask’s play actually allowed the B’s to tie the game in the final minutes of the opening frame. That was pretty remarkable given how slanted the ice had been for just about the entire first period. Naturally, the Bruins built on that momentum gained after the late goal into the second and third periods.

They wouldn’t have been able to eventually run away with it had it not been for Rask. The only time the Rangers got to the B’s goalie in the first period came on a breakaway. J.T. Miller scored New York’s lone goal of the first period as he gathered a loose puck in the neutral zone after a David Krejci turnover at the New York blue line. Miller sprinted into the Boston zone ahead of the retreating Bruins and undressed Rask with a wicked move before putting the shot up under the crossbar.

From there, though, Rask was locked in. He ended up stopping the next 16 first-period shots the Rangers threw at him. Those shots weren’t simple soft wristers from the halfwalls, either. Rask made a big save on captain Ryan Callahan on a Rangers power play that began just a minute and a half after the New York goal. Rask also made saves on shots from Derek Stepan, Rick Nash and Carl Hagelin, all of which were legitimate scoring chances.

Rask’s first-period performance was really a continuation from his last game at Madison Square Garden. Rask bailed out the Bruins back on Nov. 19 as well when he made 43 saves on 44 shots to lead the B’s to a 2-1 win over the Rangers.

The Bruins eventually made it easier on their goaltender. Boston poured in five goals over the second and third periods, and limited the Rangers to just eight shots on goal in the third period. That was the least they could do after Rask saved their bacon in the first period. 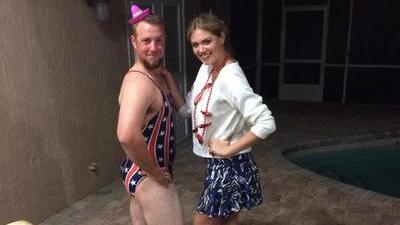 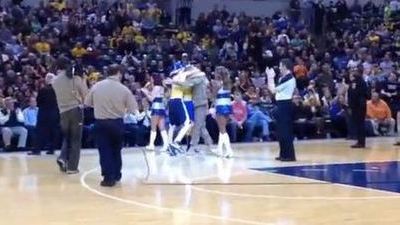