The Boston Red Sox didn’t make any splashy moves this offseason, but the defending World Series champs did add a handful of complement pieces in catcher A.J. Pierzynski, outfielder Grady Sizemore, reliever Edward Mujica and pitcher Chris Capuano, among others. But out of these four offseason additions, which new Red Sox player will make the biggest impact this year?

Pierzynski, who signed a one-year deal with the Red Sox, brings big league experience and a fierce competitive nature to his new team. While Blake Swihart and/or Christian Vazquez likely represent the long-term future of the position, Boston opted to sign the veteran to a short-term deal knowing full well what he can contribute to a team, which ultimately led to the departure of Jarrod Saltalamacchia. Pierzynski is an offensive catcher who can provide strong defense behind the plate, and he and David Ross should form a quality 1-2 punch at catcher.

The signing of Sizemore was a low-risk, high-reward move for the Red Sox. The 31-year-old outfielder hasn’t played in the majors since 2011 because of various injuries, but Sizemore could be a pleasant surprise for Boston this season. He will compete with Jackie Bradley Jr. in spring training for the starting center field job, and if he can stay healthy, he could become an everyday player once again, but if not, the three-time All-Star will provide invaluable depth off the bench.

As for pitchers, Edward Mujica adds stability to the Red Sox bullpen and bolster’s the unit that is already pretty strong. Mujica struggled down the stretch for the St. Louis Cardinals last season, which led to his demotion from the closer’s role, but despite his postseason troubles, 2013 was still Mujica’s best season to date. Without question, Koji Uehara will be the Red Sox’s closer in 2014, but Mujica offers an insurance policy at closer, as well as the potential to be an effective late-inning man alongside Junichi Tazawa and Craig Breslow.

Capuano will also add valuable depth to the Red Sox’s pitching staff in the upcoming season. The veteran left-hander will likely start the season in the bullpen, but he will also serve as Boston’s sixth starter — a role that Ryan Dempster filled before announcing he would not be pitching in 2014. Capuano enters the 2014 season with a 73-83 record and 4.27 ERA in 238 career appearances.

The new guys will all make their mark with the Sox in 2014, but out of these four, which one do you think will make the biggest impact? Voice your opinion in the poll below. 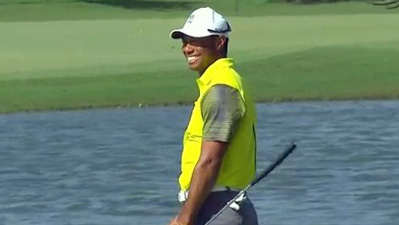