There might be more to Bob Costas’ 2014 Winter Olympics optic problems than meets the eye.

What will inevitably go down as the most talked about case of conjunctivitis in the history of eye sockets, Costas’ eye troubles are taking a weird turn as they might have been caused by “botched Botox.”

According to Page Six of the New York Post, a source told the site that Costas’ eye troubles were caused by a round of Botox that he received prior to heading to Sochi for Winter Olympics coverage. The NBC prime-time host was forced to take a six-day leave of absence when his infection reached a code red of sorts.

According to the Botox cosmetic website, side effects of the injection can include eye problems such as blurred vision, drooping eyelids and swelling of your eyelids.

NBC denied any claims of Costas’ Botox use to PageSix.

“This has zero truth to this. Zero,” an NBC Sports spokesman said. 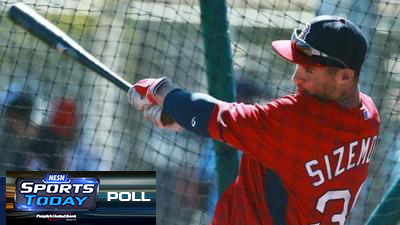 Vote: Which New Red Sox Player Will Make The Biggest Impact This Year?