Believe it or not, the 2014 NBA draft will keep going after the No. 3 pick is announced.

Despite all the attention heaped upon Andrew Wiggins, Joel Embiid and Jabari Parker — with occasional sidebars for Julius Randle, Dante Exum and Aaron Gordon — there are 27 other picks in the first round and 30 more beyond that. The Boston Celtics won’t have a second-round pick, barring a trade, but they will pick early in the post-lottery portion at No. 17.

Once the 14 lottery picks are off the board, who are some of the less-heralded players who might come at a lower price later in the draft? With scouting and the nature of the draft being an inexact science, the following players have all be projected anywhere from the late-teens to out of the draft entirely. But all of them could be worth a flier later in the night.

Shabazz Napier, UConn (6-foot, 180 pounds). Purists fell in love with Napier during UConn’s NCAA title run, with LeBron James exuberantly tweeting that Napier should be the first point guard taken in the draft — thereby reminding everyone why James is not a general manager. Taking Napier over Marcus Smart or Dante Exum would be a mistake of Jonny Flynn-like proportions.

Thanks to the bizarro logic of the draft, the fact that the 23-year-old senior is potentially an NBA-ready finished product could actually work against him. Napier is not big, muscular or long, so scouts don’t really seem to see advanced physical tools for him to grow into. What you see is what you get. While what you see is still pretty good — a heady guard with shooting touch and tremendous tenacity on the glass for his size — it remains unclear whether that makes him first-round material.

Mitch McGary, Michigan (6-10, 250). Much has been made of Smart’s disastrous sophomore season, but McGary probably envied the Oklahoma State guard’s second year. After declining a likely spot as a lottery pick in 2013, McGary returned to school and all hell broke loose. He suffered a back injury that limited him to just 10 games, and it was revealed after the tournament that he had failed a drug test for marijuana and was set to be suspended for one year.

(Let’s pause to consider that the NCAA suspends marijuana offenders for one year, while the state of Michigan institutes only a 90-day sentence and a $100 fine for basically the same offense. But I digress.)

McGary’s back injury hurts his draft stock from a basketball standpoint; the suspension mars him from a public relations standpoint. Whichever team he ends up with, whether as a late-first-round pick, second-rounder or undrafted free agent, one of the first questions he will have to answer will regard the drug test. Yet averages of 9.5 points and 8.3 rebounds when he did play will surely make him worth taking a chance on.

Isaiah Austin, Baylor (7-1, 220). With his extended wingspan and surprisingly sweet step-back jump shot, Austin occasionally looks like a lottery pick. Perhaps the biggest obstacles for him getting there are outside his control.

The 20-year-old sophomore came into the season recovering from shoulder surgery, and an accident from his youth reportedly left him without sight in one eye. He played for one of the most inconsistent (but also most talented) programs in the country, exacerbating his own inconsistency. It’s not really fair that any of those factors can be used against his draft stock, but they will be.

But his absurd length makes him a shot-contesting monster on the perimeter and in the post. Plus, his handle is as tight as it can be for a man his size. He didn’t rebound a whole lot this season, but that could have been a product of him needing to spend so much time on the perimeter in the Bears’ directionless offense.

Nick Johnson, Arizona (6-2, 200). Johnson’s stock soared as a junior, when he led the Wildcats in scoring with 16.3 points per game and earned Pac-12 Player of the Year honors. He continued to show promise as a shooter and failed to reach double figures in only three games all season.

Shooting potential and insane athleticism aren’t uniquely special in this draft, however. The fact remains that Johnson is a 6-foot-2 shooting guard without a sufficient handle to turn him into a point or even a combo guard in the NBA. He is described as “explosive,” which in this case is a euphemism for “often out of control,” and his defensive discipline isn’t as great as his tools. He should be a good fit with a run-and-gun type offense or as a pesky on-ball defender in spurts as a pro.

Jordan Adams, UCLA (6-5, 220). There were not many surprises at the early-entry deadline, but Adams was one of them. The Bruins’ leading scorer as a sophomore, Adams initially said he would stay in school before changing his mind on the next-to-last day.

Adams knows how to score and score and score. Can he do anything else, though? NBA scouts do not seem so sure. Adams averaged 17.4 points per game on 49 percent shooting overall and 36 percent beyond the arc. He was a consistent 84-percent free throw shooter over his two years at UCLA. Yet he averaged only 2.3 assists per game as a sophomore despite having the ball in his hands a lot. Some have also taken issue with his conditioning. He could be a man without a position in the NBA, where today’s supersized wings will exploit Adams’ lack of size and athleticism. 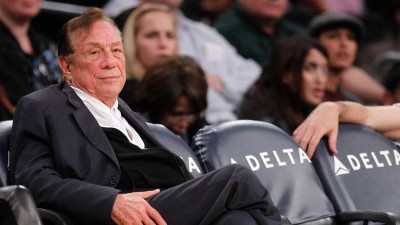 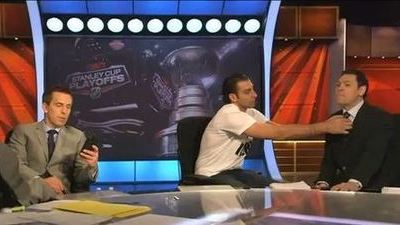