The Golden State Warriors have not given up their pursuit of Kevin Love, believing the All-Star power forward would be the perfect complement to point guard Stephen Curry.

But should the Warriors succeed in acquiring Love, it could be only the second-biggest move they make this summer.

The Warriors have resumed trade talks with the Minnesota Timberwolves, ESPN.com’s Marc Stein reported Thursday, citing sources. Including Klay Thompson in the deal remains a sticking point for Golden State, Stein wrote, although there appears to be a split within the Warriors’ organization over whether making Thompson untouchable is worth scuttling the deal.

Then there is this:

“(Warriors) management believes that a Stephen Curry/Love duo would get the attention of LeBron James as James weighs whether to re-sign with the Miami Heat or try to force a sign-and-trade elsewhere,” Stein writes.

If this is true, the Warriors’ refusal to include Thompson in a trade for Love must be merely posturing. Thompson is a nice defender and a knockdown shooter, but refusing to trade him would be foolish if it means not just losing out on Love but losing a chance at James. 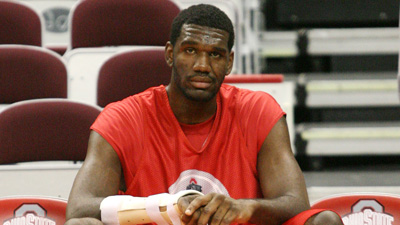