Joey Logano is one of NASCAR’s youngest and brightest stars, but his day came to a premature end Sunday because of a much slower driver. As you might imagine, that didn’t go over very well with Logano.

Logano’s day ended Sunday at the Camping World RV Sales 301 when he got tangled up with 72-year-old Morgan Shepherd on Lap 212. The wreck might have cost Logano a shot at the win as he was running up front near eventual winner Brad Keselowski.

Unfortunately for Logano, he was bumped by Shepherd when Logano went to lap Shepherd, as Shepherd was 16 laps behind the lead pace. The elder driver got into Logano and put him into the wall. Because of the wreck, Logano finished in 40th place.

He was unsurprisingly unhappy shortly after the wreck.

“Slowest car on the race track takes us out. Go figure,” Logano quipped in a TNT in-race interview from the garage.

Logano then took things one step further as he wondered aloud whether NASCAR needs stricter regulations when it comes to deciding who gets to race in Sprint Cup races.

“To get taken out by the slowest car, I think there should be like a driver’s test before you get out there in a Cup car to make sure you know how you drive before drive you one. But I don’t know, I guess there isn’t.”

Logano inserted one more verbal jab before the interview ended.

Shepherd apparently didn’t take very kindly to Logano’s criticism. He apologized and defended his role in the whole thing but also tried to turn the tables and lay some of the blame on Logano.

“Joey more or less caused the wreck,” he said, according to Sporting News. “I mean, yes, I was there. I was on the inside and I was having a problem with my car. All real racecar drivers know if you go in side-by-side with a car, the car on the outside has the advantage. If he lays close to the car on the inside you can suck that car around that’s kinda what happened to me.

“When he come in there he laid real close to me and it caused me to lose my front end. My front end slipped over and I got into him and caused the accident.”

The “all real racecar drivers know…” line is one that should get the point across to Logano. For whatever it’s worth, NASCAR says it had no problem with anything Shepherd did Sunday. 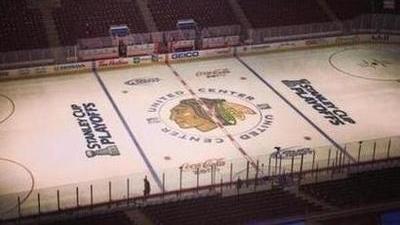