If you can overlook the initial scare that is only natural when a player collides with an object near the court ever since Paul George’s horrific injury, then you might get a chuckle out of Kelly Olynyk’s run-in with a courtside billboard.

Olynyk, competing with Team Canada in hopes of making his country’s final roster for the World Cup of Basketball, got his foot stuck in a billboard in a recent game. The Boston Celtics forward chased an errant pass beyond the baseline, and when he walked back onto the court, the billboard came with him.

Consummate pro that Olynyk is, he was able to remove the sign and get on with the game against Serbia. 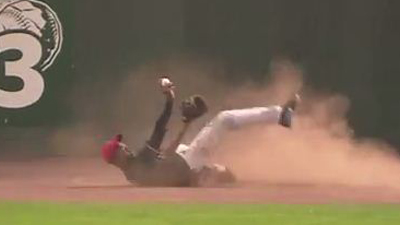 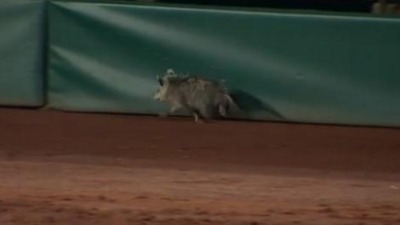