NFL referee Walt Coleman is aware of this fact, unfortunately all too well.

Coleman was the head referee for the Patriots’ AFC Divisional playoff game against the Raiders on Jan. 19, 2002, a thriller that will be forever remembered as the “Tuck Rule” game.

With 1:43 left in the game and Oakland leading 13-10, Charles Woodson blindsided quarterback Tom Brady and forced an apparent game-clinching fumble that the Raiders recovered. After video review, however, Coleman and his crew cited the “tuck rule” to rule that Brady’s fumble was actually an incomplete pass.

According to Coleman, he still hears about his infamous ruling today.

The rule — which stated that if a quarterback lost the ball while “tucking” it back to his body, it could be ruled an incomplete pass — has since been changed. If the ball comes loose during the quarterback’s “tuck” motion, it can now be ruled a fumble.

Fortunately for Patriots fans, that wasn’t the case in 2002. Coleman’s call set the stage for an epic finish, as Brady marched the team through the snow to set up Adam Vinatieri’s clutch kick to send the game to overtime.

The rest, as we all know, is history. 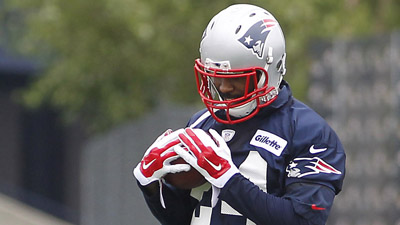