Steven Naismith might have clinched this season’s “Good Guy Award” before the 2014-15 Premier League campaign even begins.

Naismith, a forward for Premier League club Everton FC, has bought tickets to his team’s home games this season. The 27-year-old will donate them to residents of Liverpool, England, who are unemployed, the Guardian reports.

?Every day I feel very fortunate for the opportunities and lifestyle my job as a footballer has afforded my family and me and also to be in the position where I can help the community in some small way,? Naismith said, according to Guardian.

Naismith saw plenty of hardship when he was growing up in Scotland. Now, he wants to help ease the pain of those who have fallen on hard times with an afternoon outing at Goodison Park.

“I come from Ayrshire in the west of Scotland and spent a lot of my life in Glasgow ?- a city that, at times, has suffered from high unemployment,” Naismith said. “Liverpool has a similar history and I am aware that, through no fault of their own, there are many unemployed in Liverpool trying hard to find a job who may not be able to afford a ticket. I thought this might be a small gesture to help those in that situation to enjoy a day out at one of our league matches. Hopefully it can bring some joy to many people.

“I have asked the Jobcentre Plus if they could give the tickets to different jobcentres across the city each week and select people who are unemployed through no fault of their own, are trying hard to find employment and who would enjoy watching a Premier League match.”

It goes without saying that Naismith truly is his brothers’ (and sisters’) keeper. 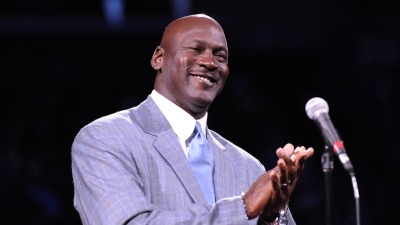 Michael Jordan Shows He’s Still Got It, Makes 11 Shots In A Row (Video)

Lions Quarterbacks To Wear Practice Jerseys Made From Recycled Bottles