Once upon a time, the Charlotte Bobcats won seven games in a lockout-shortened season.

It was so bad for the Bobcats that it made one wonder if it was possible for team owner Michael Jordan to come back from retirement at age 49 and make an impact on the team.

Of course, that was a pipe dream for NBA fans since MJ hasn’t played competitively since 2003.

But every once in awhile, he makes fans dream about what he can do on the hardwood at age 51 after pulling off some incredible feats recently.

Last summer at his annual basketball camp, Air Jordan showed that he can still dunk. This year, he wowed the crowd by draining 11 consecutive shots — most of them from long distance — as if it was no big deal.

Sure, there’s no one guarding him, but those consecutive swishes from beyond the arc are not easy to replicate. The reason why it doesn’t look hard is because MJ’s pretty good at making things look easy. 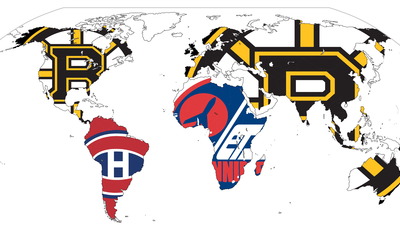 Boston Bruins Most Hated NHL Team In World, According To Reddit Map (Photo)