After a disappointing 2013 campaign, Robert Griffin III hopes to bounce back in a big way in 2014 and become an elite NFL quarterback.

What better way to start than by picking the brain of one of the best QB’s of all time?

That appears to be the mindset of the Washington Redskins quarterback, whose team will host the New England Patriots next week for a series of joint practices before their preseason contest on Aug. 7.

Griffin says he plans to keep a close eye on Patriots quarterback Tom Brady to gain as much knowledge as he can from the 15-year veteran.

“To tell you I won’t be looking at Tom Brady and seeing what he’s doing would be a lie,” Griffin said, via ESPN. “I’ll be looking at him. He won’t be the focus of my attention the entire time he’s here. But he’s been a great quarterback in the league for a long time, so you want to soak up whatever knowledge from him.”

While Griffin insists he’s past the stage of having “goo-goo, gaga eyes” over big-name players, he admits that he’d relish in the opportunity to talk with one of the game’s best at his position.

“If I get a chance to sit down and talk to him, I’d love to, just to pick his brain,” Griffin said. “But he’s also still playing quarterback in the NFL. It’s a competitive position, a competitive sport. So I don’t expect him to give me any groundbreaking secrets.”

Bon Jovi In Letter To Fans: I Want To Make Bills ‘Successful In Buffalo’ 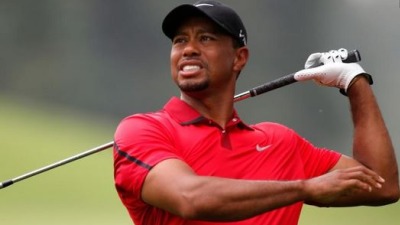 Tiger Woods Withdraws From Bridgestone Invitational Due To Back Pain