Boston Bruins goaltender Tuukka Rask seems to be enjoying his summer vacation, and he recently attended a charity hockey game in Finland.

At one point, Rask skated into one of the goal creases and participated in what appeared to be a stunt involving a real cannon.

There’s no indication that anything was actually shot out of the cannon toward Rask. Check it out in the video below.

One Twitter user was able to capture a picture of the stunt in progress, with what looks like pyrotechnics.

This year’s NHL All-Star Game is in Columbus. Maybe the league can find a way to incorporate a cannon into the All-Star Skills Competition. We already know that Nationwide Arena has a cannon.

Hat tip to Chris Peters at Eye on Hockey for the find. 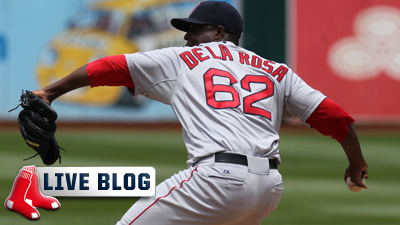