MIAMI GARDENS, Fla. — Rob Ninkovich missed just 52 total defensive snaps for the New England Patriots in 2013. He was on the bench for nearly that many plays Sunday.

It was shocking to see Ninkovich spend so much time traveling between the sideline and the field in the Patriots’ 33-20 season-opening loss to the Miami Dolphins. He was a borderline Pro Bowl-caliber player last season, after signing a three-year, $15 million contract extension, and he appeared to have a strong summer. Ninkovich is the Patriots’ second-best pass rusher behind Chandler Jones, and he’s one of the most solid run-defending edge players in the NFL.

Yet Ninkovich left the field when the Patriots elected to bring another defensive back into the game. Fellow linebacker Dont’a Hightower had been expected to leave in sub packages.

“I just do what I’m — working hard to do my best when I have an opportunity,” Ninkovich said about coming off the field during nickel and dime situations. “That’s it.”

The Patriots struggled to pressure Dolphins quarterback Ryan Tannehill on Sunday, and while Hightower certainly wasn’t to blame for those troubles — he had one of New England’s two quarterback hits, forcing an interception — Ninkovich is the more experienced pass rusher, and he could have helped against the run in sub packages.

The Patriots mixed up their front seven and sometimes elected to rush a defensive back rather than an outside linebacker. They kept a three-man front on the field in nickel and dime, rather than the four-man front that most teams — including the Patriots in 2013 — run in sub packages. The extra outside linebacker — Hightower in this case — stood up to the edge, sometimes rushing, sometimes dropping into coverage.

Needless to say, based on the final score, it didn’t work for New England.

It will be interesting to see how the Patriots approach Week 2. Defensive tackle Chris Jones could be back from an ankle injury, and rookie Dominique Easley, who’s coming off a torn ACL, will be another week stronger and more explosive. If the Patriots are intent on keeping Hightower on the field on third down, they could either use a four-man front or move Chandler Jones inside to a position he excelled at last year.

The Patriots have some work to do, and one of the easiest fixes would be to get Ninkovich back on the field for every snap. Out of the 52 plays that Ninkovich missed last season, 40 came in one game after he suffered an injury against the Pittsburgh Steelers. He was consistent and dependable in the other 15 games, and that’s what the Patriots need after coming off such a shocking loss. 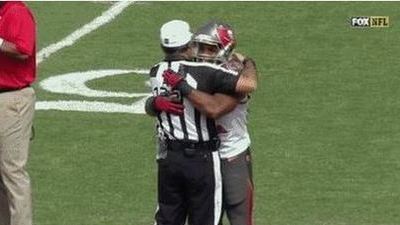