Tom Brady Blunt About His Patriots Future: 'When I Suck, I'll Retire' - NESN.com Skip to content Some NFL players just don’t know when to hang ’em up.

Take Brett Favre for example. The Packers legend could have gone out on top after 16 seasons in Green Bay but instead decided to “unretire” several times in less-than-memorable stints with the Minnesota Vikings and New York Jets.

Tom Brady hasn’t hit retirement age yet, but he’s getting there.

The New England Patriots quarterback recently has fielded a lot of questions about his advanced age, and in a Tuesday radio interview with WEEI, he responded with an answer for the ages.

Brady turned 37 at the beginning of August, but he hasn’t shown any signs of regressing, throwing for over 4,000 yards for the third consecutive season in 2013 despite working with a depleted receiving corps.

“There?s nowhere I?d rather play, I know that,” Brady added. “I love playing for this team and I love representing this team. …

“I?ve had a lot of people over the years tell me the things I couldn?t do, and I think that?s always been great motivation for me to go out there and accomplish things that I think I can do. Hopefully it?s to continue to play at a high level for a really long period of time.”

Or, at the very least, until he starts sucking. 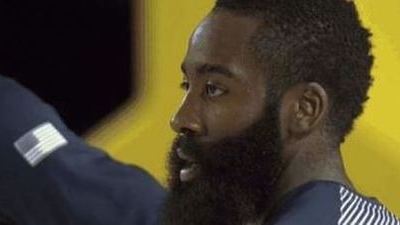