St. Louis Cardinals pitcher Adam Wainwright tried to establish himself on the inside corner in Game 1 of the National League Division Series, and it led to a little bit of controversy.

Wainwright and Los Angeles Dodgers ace Clayton Kershaw locked horns in what was supposed to be a highly touted pitchers’ duel, but the opening game featured so much more. The theatrics began in the first inning when Wainwright tried to do work on the inner third.

The St. Louis right-hander drew the ire of the Dodgers and their fans when he nearly hit shortstop Hanley Ramirez with a pitch in the first inning. Ramirez, mind you, missed time earlier this season after then-Cardinals pitcher Joe Kelly hit him with a pitch in the ribs.

In the third inning, Wainwright got a little too far inside. He hit Dodgers outfielder Yasiel Puig, and it appeared cooler heads would prevail, as Puig seemed content with taking his base. However, Dodgers first baseman Adrian Gonzalez wasn’t going to let things go as easily. Gonzalez got into a shouting match with St. Louis catcher Yadier Molina and the two had to be separated. That scuffle led to the benches clearing.

The Dodgers ended up getting the best of Wainwright. The pitcher couldn’t make it out of the fifth inning, allowing six runs on 11 hits. However, the Cardinals stormed back against likely NL Cy Young winner Clayton Kershaw to steal a Game 1 win on the road. 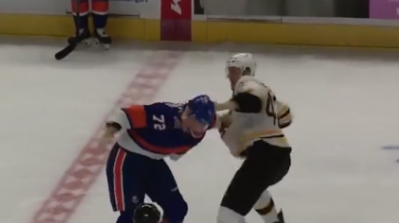 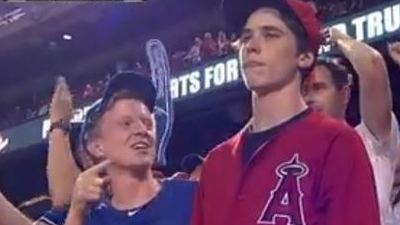