The NBA announced Monday that the Boston Celtics and Brooklyn Nets will play a 44-minute preseason game this Sunday at the Barclays Center — four minutes shorter than a standard 48-minute contest. The game will feature 11-minute quarters and an altered mandatory timeout schedule.

Both teams volunteered to participate in the one-game experiment, according to the league.

“At our recent coaches’ meeting, we had a discussion about the length of our games, and it was suggested that we consider experimenting with a shorter format,” NBA president of basketball operations Rod Thorn said in a statement. “After consulting with our Competition Committee, we agreed to allow the Nets and Celtics to play a 44-minute preseason game in order to give us some preliminary data that will help us further analyze game-time lengths.”

“I appreciate the NBA’s long history of forward thinking and willingness to try new ideas,” Celtics head coach Brad Stevens said in a statement. “We told the NBA that we’d be happy to participate in this trial during a preseason game. I look forward to experiencing it and continuing the dialogue after Oct. 19.”

“When this idea came up at the coaches’ meeting, I thought it was a unique experiment that was worth participating in,” first-year Nets coach Lionel Hollins added. “I’m looking forward to gauging its impact on the flow of the game. Since there is a shorter clock, it affects playing time, so it’ll be interesting to see how it plays into substitution patterns.” 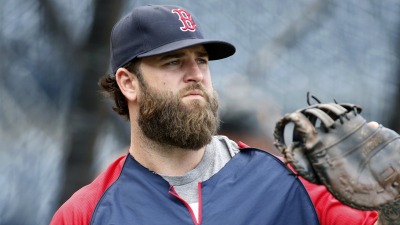