To see Bass, the owner of two successful regular-season threes in his NBA career, sink one from the corner during the Boston Celtics’ win over the Brooklyn Nets on Sunday further drove home what this Celtics team’s M.O. will be this season.

“As a unit, we put in a lot of work this offseason on just shooting the ball,” Jared Sullinger said. “We didn’t make a lot of shots last year, and it showed by our record.”

Bass is known for his mid-range shooting — Sullinger called him “automatic” from 15 to 17 feet — but has been working on extending his range. The 10th-year veteran said he’s “in the process of still getting comfortable” with shooting from deep but did practice his 3-point shot “a lot” over the summer.

“I can be a big-time adjustment,” said Sullinger, who averaged 2.8 3-point attempts per game last season. “You’ve just got to shoot. You’ve got to just shoot it and not think about it. Last year, I kept thinking about, ‘Man, I’ve got to get behind the (3-point arc).’ Now, it’s just like, well, if I’m behind the three, I’m behind the three. If I’m not, I’m not. Shoot the ball if you’re open.”

— Both Stevens and his players expressed confidence in the wake of Sunday’s win, during which the Celtics fought back from a 17-point deficit to topple the Nets 95-90.

“I was happy with how we responded (Sunday),” Stevens said. “Being down 17, coming back, taking the lead, they take the lead, respond again. That showed some growth, which was good.”

“I think last year, this team would have laid down and just gave up,” Sullinger added. “Like, ‘Well, they’re up 17, game’s over.’ Now, we’re just fighting, staying the course. We fought. Defense picked up, our offense picked up, played with a little more pace offensively and defensively. We just locked into our opponent, and we played well.”

“Still trying to figure that out,” the coach said. “Obviously, the knee injury set him back a little bit. The one thing that we have is a lot of depth, and the other thing that we have is guys like Gerald. I’ve already sat down and talked with Gerald earlier this year, and he shared the same sentiments with me that he shared to all of you (reporters). He’s willing to do whatever to help this team, and that’s a great thing.”

— James Young (hamstring) practiced Monday and is expected to return to the lineup Wednesday against the Nets, per Stevens.

— Stevens said there is “a possibility” Rajon Rondo could play in next Wednesday’s season opener, but the point guard has yet to take contact since undergoing surgery on his broken left hand. 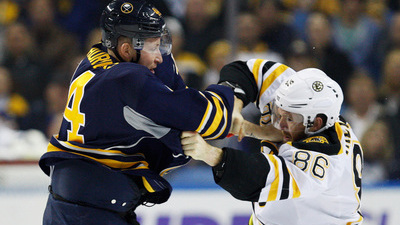 Kevan Miller Out Indefinitely For Bruins With Dislocated Right Shoulder 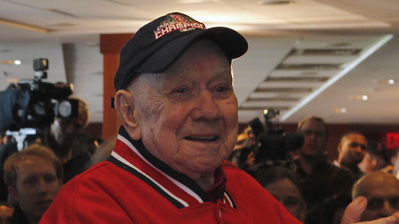