Liverpool isn’t yet in a place where an opponent knows how the Reds will play but is powerless to stop them from winning.

Liverpool still is developing as a team, but the 2014-15 season waits for no one. Liverpool now faces the toughest of tests, as Real Madrid comes to Anfield for a UEFA Champions League game Wednesday.

The marquee game pits two of the most successful and prestigious clubs world soccer has ever seen against one another. Real Madrid has won the competition 10 times, and Liverpool has five European Cups in its trophy case.

However, the teams only have met three times in competitive games. Liverpool prevailed in the 1981 European Cup final. The Reds also won both legs of the their 2009 series in the Champions League Round of 16. In fact, Real Madrid suffered its worst-ever away loss in European play when it last visited Anfield, losing 4-0 to the rampant Reds.

But that was then. This is now.

Real Madrid, the reigning Champions League winner, is rolling. The Spanish giant has won seven straight games in all competitions, scoring an eye-popping 32 goals in that span. Meanwhile, Liverpool has sputtered through the last six weeks, delivering mixed results and performances. Liverpool’s leaky defense only has shut out an opponent once in 11 games this season.

On paper, it looks like a potential mis-match, but games are won, lost and drawn on the field. Closer examination shows that Liverpool can earn a result Wednesday, which could help turn the season around.

Liverpool manager Brendan Rodgers has called on his young team to raise their games and show no fear against Real Madrid. That’s the starting point on any road to potential victory. In 2014-15, Liverpool has played its best games against its toughest opponents. The Reds drew plaudits for their performances in a loss against Manchester City and a win in Tottenham (both in August). Liverpool again played very well in a draw against Everton (in late September). While this Liverpool team has struggled to find consistency, it reserves the longest glimpses of its vast potential for the biggest games.

Rodgers must tweak his game-plan in the face of such a powerful opponent. Liverpool will pressure the ball in an effort to make the game uncomfortable for Real Madrid, but it must do so more selectively than it normally does. Real Madrid arguably is the best counter-attacking team in the world, so Liverpool must balance that defensive hunger with tactical discipline in order to stay solid and compact.

The elements also could factor into the game. Anfield will be loud and rocking, and Liverpool’s fans undoubtedly will try to give their team a home-field advantage.

The weather also could benefit Liverpool. Real Madrid practiced in hurricane-like conditions Tuesday, and the weather again will be wet and windy Wednesday. The field will be slick, the ball will roll fast, and the game could be played at a high-tempo — something with which Liverpool should be more comfortable than Real Madrid, given the speed of Premier League soccer versus how it is played in La Liga (Spain’s first division).

Coaches and weather can affect the game, but the players’ abilities and personalities ultimately will decide the outcome. At his pregame press conference, Rodgers said legends are made in games like these. He’ll soon find out which of his players are heading down that path.

Gareth Bale ruled out of Liverpool-Real Madrid with injury >> 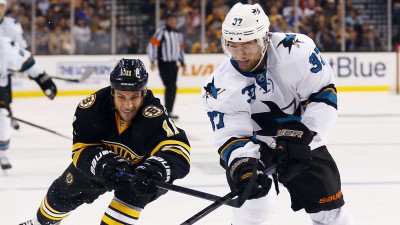