The Celtics, who have had the fourth-quarter stability of a toothpick this season, finally put together a complete effort from tipoff to final horn Friday night, sprinting away from the Los Angeles Lakers in the final seven minutes to earn a 113-96 win.

Boston took its first lead less than two minutes into the first quarter and never trailed again. The Lakers managed to cut the deficit to nine midway through the fourth with a couple of big shots from Nick Young, but the Celtics responded with a 13-0 run that put the game away for good.

“Sometimes you have to evaluate it for what it is,” Celtics coach Brad Stevens said after the game, “because sometimes guys hit really tough shots to get back in the game, and sometimes you miss some shots and there?s all kinds of reasons why you lose a lead or a lead dissipates. But I do think from the emotional standpoint we were much more solid, and we also, we kept the pace — we kept the foot on the gas the whole time, and I thought that was really good.?

— Tyler Zeller and Jeff Green both turned in tremendous shooting performances for the C’s. The duo combined to go 18-for-21 from the floor for a total of 41 points. All five Celtics starters scored in double figures, and Zeller and Jared Sullinger added 14 and 13 rebounds, respectively, to finish with double-doubles.

— It should be noted that the Lakers were not putting up much of a fight on either end of the floor. Their bigs — Robert Sacre in particular — were abused for 54 points in the paint, and L.A. as a team finished with two fewer assists (14) than Rajon Rondo (16). Head coach Byron Scott also made some puzzling rotation choices, most notably to sit center Jordan Hill (6-for-6, 13 points) and point guard Jeremy Lin (5-for-8, 14 points) for the entire fourth quarter.

— Rondo finished with a ridiculous plus-40 rating in his 31 minutes of floor time, the best mark for a Celtics player this season. Zeller was not far behind at plus-39.

— Marcus Smart dressed but did not play for the Celtics. He played just five minutes Wednesday against the Detroit Pistons and struggled Thursday night in a D-League appearance with the Maine Red Claws. Stevens said he did not plan on playing Smart in the first half, and that playing him down the stretch did not make a whole lot of sense.

“He has the clearance to play,” Stevens said. “I did not think he looked great from a rhythm standpoint either Wednesday night or Thursday night. We’ll practice hard (Saturday), and hopefully he’ll feel better. I didn’t want to just throw him in at the end of the game. I didn’t see any reason to do that.”

— Friday night was an interesting experience for Celtics point guard Phil Pressey, whose father, Paul, is a Lakers assistant coach. The elder Pressey is an NBA lifer — he played from 1982 to 1993 and has bounced around the coaching/scouting ranks ever since — but until Friday hadn’t coached against his son.

“Yeah. It’s cool,” Phil Pressey said before the game. “I asked my mom today, I was like, ‘Who you going to go for?’ And she said she was going to go for me. It’s pretty cool, so I’m just excited to play.”

Pressey also said he wore his Celtics gear for a workout at the Lakers’ facility shortly after his father joined Byron Scott’s staff over the summer. 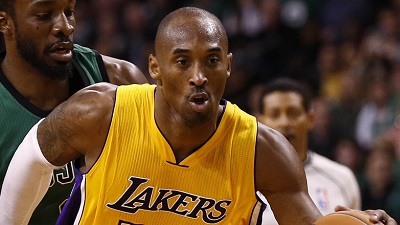 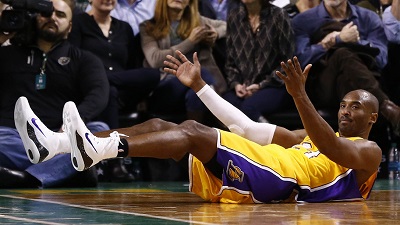