Robert Griffin III's Teammate: 'No One Gets The Hype Around Him Anymore' - NESN.com Skip to content

It’s becoming more and more difficult to see how the Robert Griffin III era in Washington can continue after this season.

Griffin was benched a couple of weeks ago in favor of Colt McCoy, and while reports indicated the Redskins haven’t given up on RG3 just yet, a TMZ Sports report Saturday morning hints that the locker room might feel otherwise.

An anonymous Redskins teammates reportedly ripped into Griffin when talking to TMZ.

“No one is happy … no one gets the hype around him anymore,” the teammate reportedly told TMZ Sports.

Griffin’s play has been abysmal — he’s thrown for just two touchdowns and three interceptions in five games this season — but his issues extend off the field, too, according to this teammate.

“He’s secluded and it affects us in the game,” the teammate told TMZ. “We don’t have that real rapport. He’s lost confidence and is complacent now.”

The teammate also wondered if Griffin would even remain in the NFL for much longer, indicating RG3 might be interested in getting into politics before too long.

While it’s sometimes tough to take the word of an unnamed teammate who won’t put their name to a story like this, this isn’t the first time we’ve heard these sorts of issues with Griffin. Bleacher Report reported all the way back in August that the quarterback had started to “alienate” his teammates. 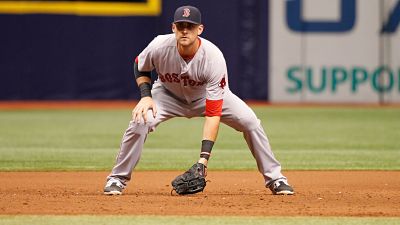