BOSTON — The Celtics lost yet another game Monday night, and the team’s track record of ineptitude seems to wearing on head coach Brad Stevens.

Upon being asked about how rookie James Young’s strong showing in the Celtics’ 104-95 loss to the Charlotte Hornets will affect Boston’s rotations moving forward, Stevens instead launched into a recitation of the ways that he is failing his team.

That trend continued throughout Stevens’ postgame news conference. He later chalked the struggles of the Celtics’ starting five Monday — with the exception of Jared Sullinger, who had 22 points and eight rebounds in the loss — to “pretty bad coaching” and said he was “throwing darts” with some of his unorthodox late-game rotations.

It would be crazy to place even most of the blame for the Celtics’ latest defeat on Stevens. After all, his team did manage to score just 36 points in the first half and fall behind by 22 to a thoroughly mediocre Hornets team that was without both Al Jefferson and Lance Stephenson. But there are ways in which Stevens can improve.

Forward Jae Crowder, who helped ignite an ill-fated second-half rally with 13 points off the bench, named one.

?I don?t know what (Stevens) can do to prepare,” Crowder said, “but when stuff like this happens, I guess (he can) hold guys accountable early and just don?t let it keep happening. We just kept digging ourselves in a hole. I just feel like you have to hold guys a little more accountable.?

Crowder, who’s been with the team for just a few short weeks after coming over in the Rajon Rondo trade, said he would be open to any method of motivation but stressed that some kind of change is needed.

?Whatever it takes,” he said. “? I?ve been around coaches who would cut guys’ minutes, yell at them, and some coaches do all of the above. But whatever it is, you?ve got to hold guys accountable.

?It?s being done, but I think it has to step up a notch. Because we?ve lost however many out of the last however many (seven of eight, to be exact), and (Stevens) keeps saying the same thing?s happening, but I think we?ve got to switch things up a bit and find out what works out for our team.”

So, the coaching can be better. When a team has nearly twice as many losses as wins (11-21), there’s a good chance that nobody is above reproach. But, Crowder insisted, it’s players who ultimately are responsible for how a team conducts itself on the court.

It’s a job the Celtics haven’t been doing particularly well of late. 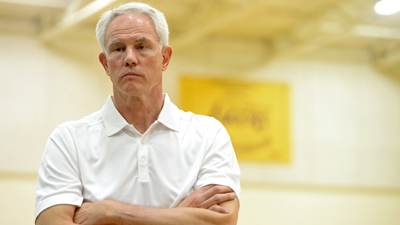 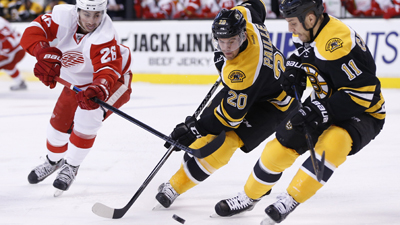