The looming prospect of a replay became a reality after Bolton held Liverpool to a goalless stalemate at Anfield. Liverpool never found its highest gear or cutting edge as it searched in vain for that goal. Bolton goalkeeper Bogdan also was outstanding in keeping the Reds off the scoreboard. The outcome might have been different had the referee awarded Markovic a penalty kick in the second-half.

Liverpool and Bolton will replay their FA Cup fourth-round game. The FA hasn’t scheduled the replay yet, but it will take place at Bolton’s Macron Stadium, most likely early in the first week in February.

90th minute, 0-0: There will be a minimum of four minutes of added time in the second half.

87th minute, 0-0: Sterling and Coutinho craft an opening, which ends when Lallana heads the Brazilian’s cross over the bar.

85th minute, 0-0: The referee cautions Pratley for a hard foul on Johnson.

79th minute, 0-0: Lallana dribbles into the crowd of defenders in Bolton’s penalty area. Eventually, he chips a shot on goal, but Bogdan collects it.

Liverpool has all the possession but can’t find the breakthrough against the determined Trotters.

72nd minute, 0-0: Spearing will play against his hometown club for the first time, as he replaces Mills.

71st minute, 0-0: Bogdan denies Borini with his best save of the day so far.

Borini curled his shot toward the far post, and Bogdan dove to his left and palmed it away.

58th minute, 0-0: Coutinho hits a left-footed shot on goal, but Bogdan saves it. The rebound falls to Manquillo, who fails to hit the target from eight yards away.

55th minute, 0-0: Heskey departs to a nice ovation from both sets of fans. Wilkinson replaces the striker, who made little impact against his former team.

54th minute, 0-0: Coutinho sends Sterling in on goal with a deft through-ball, but Bogdan races off his line and clears it away.

50th minute, 0-0: Liverpool wants a penalty kick after Mills appeared to trip Markovic inside the Bolton penalty area, but the referee says “no” and waves play on.

Liverpool made one change at halftime, replacing Enrique with Markovic.

Halftime, 0-0: That’s the end of the first half. It’s goalless at Anfield.

Liverpool let down those fans who were hoping for a repeat of what they saw Tuesday against Chelsea. The Reds played at a singular pace, their passing lacked tempo and their movement failed to pull Bolton defenders into uncomfortable positions. Liverpool’s goal-scoring chances were limited to long-distance shots.

Bolton didn’t offer much going forward, but it unsettled Liverpool on a few occasions, mainly corner and free kicks. The Trotters didn’t have much possession after the 15-minute mark, but their play remained functional and effective.

45th minute +1, 0-0: Coutinho dribbles into Bolton’s penalty area and shoots, but a defender blocks it away.

45th minute, 0-0: There will be a minimum of one minute of added time in the first half.

43rd minute, 0-0: Bolton has dug its heels in and defended tenaciously in recent minutes, while Liverpool seems content to have possession without menace.

37th minute, 0-0: Lallana hits a powerful shot from 30 yards out, but it goes straight to Bogdan, who saves it with no fuss.

35th minute, 0-0: Johnson hits a left-footed shot on goal, but Bogdan saves it.

Johnson’s shot ended a sequence in which Lallana had possession inside Bolton’s penalty area but wasn’t able to line up a shot before passing the ball.

33rd minute, 0-0: Moxey fires a shot on the half-volley from 25 yards out, but it swerves narrowly wide of Mignolet’s goal.

31st minute, 0-0: Sterling has a chance on the counter-attack. He runs onto a pass, dribbles inside the penalty area and shoots. A Bolton defender blocks his effort, and the ball rolls harmlessly to Bogdan.

24th minute, 0-0: The game largely has been uneventful so far. Bolton should be pleased with how it is playing. Liverpool hasn’t yet dominated a stretch of the game, while Bolton has spent plenty of time in the Reds’ half and had a few dangerous moments, too.

17th minute, 0-0: Coutinho shoots on goal from distance, but Bogdan saves it cleanly.

Liverpool is starting to take control of the contest after a slow start.

17th minute, 0-0: The referee cautions Vela for his rugby tackle on Lallana.

13th minute, 0-0: The referee cautions Mills for dragging down Sterling by his shorts.

12th minute, 0-0: Henderson hits a speculative shot on target from 40 yards out, but Bogdan dives to his left and pushes it away.

Eighth minute, 0-0: Surprisingly, Bolton has had the better of the early exchanges. The visitors are pushing the game into the Reds’ half at every opportunity, while Liverpool tries to hit Bolton on the counter-attack.

Fifth minute, 0-0: Liverpool struggles to clear Bolton’s corner kick, drawing gasps from the nearby Kop and the other home fans at Anfield.

Fifth minute, 0-0: The game has had a stop-start opening, as the teams look to establish a rhythm to their respective games. It hasn’t happened yet.

Kickoff: The FA Cup fourth round game between Liverpool and Bolton is underway at Anfield.

Pregame: As expected, Rodgers has makes a number of changes to the lineup, which drew against Chelsea on Tuesday.

Johnson returns to the starting 11 for the first time since he suffered a groin injury in mid-December. The veteran defender will play as part of the back three with Can and Sakho. Manquillo and Enrique will man the flanks.

Allen makes his first start since Dec. 14. He has been out with a knee injury but will play centrally in the midfield against Bolton.

Lallana was a substitute Tuesday but starts the FA Cup fourth round game.

Former Liverpool midfielder Jay Spearing is on the Trotters’ bench.

Noon: Here are the lineups:

11 a.m. ET: Liverpool can take another step toward one of its targets for the 2014-15 season — silverware — Saturday by downing some old friends and foes.

Liverpool faces Bolton Wanderers in the fourth round of the FA Cup. The Reds welcome the Trotters to Anfield amid an encouraging revival and they have no interest in being the victim of one of those giant-killings that the FA Cup often produces. The winner will advance to the fifth round (or last 16) of world soccer’s oldest competition.

Liverpool currently sits eighth in the Premier League standings, and manager Brendan Rodgers plans to rotate a few mainstays out of the lineup with an eye on Tuesday’s Capital One Cup (Football League Cup) semifinal. Joe Allen and Glen Johnson are available, having recovered from a knee and groin injury, respectively. Mario Balotelli also is back from injury. The trio could return against Bolton, allowing Rodgers to rest others. Liverpool still must take Bolton seriously.

Bolton occupy 15th place in the Championship (England’s second division) standings, and it doesn’t look like the Trotters will return to the Premier League next season. The FA Cup represents Bolton’s best chance to put some sheen on an otherwise disappointing season. The Trotters’ hopes rest on former Liverpool striker Emile Heskey, 37, and ex-Chelsea hero Eidur Gudjohnsen, 36, who will spearhead their team’s attack against Liverpool.

The teams haven’t met since January 2012 when Bolton beat the Reds 3-1 in a Premier League game.

Liverpool-Bolton kicks off at 12:30 p.m. Join us right here for all the action from Anfield. 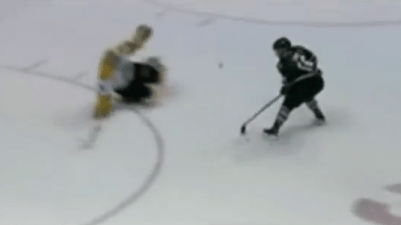 Chelsea, Man City Knocked Out Of FA Cup On Classic Day Of Upsets