BOSTON — Evan Turner declared Friday evening that no player in the NBA is tougher to lock down one-on-one than James Harden.

The Celtics then went out and did just that.

Though the visiting Houston Rockets dispatched Boston by a final score of 93-87, leading by double digits for much of the first half before thwarting a Celtics comeback bid, their star slogged through his worst shooting performance of the season.

Harden, the NBA’s leading scorer, knocked down just four of his 21 field-goal attempts, finishing with just 14 points after topping 30 in four of his past five contests.

Key to Harden’s power outage was the work of Celtics guard Marcus Smart, who dogged Harden defensively throughout the second half. It was a tough assignment for the rookie, but he proved to be up to the challenge.

“I think that’s why Danny (Ainge) drafted the young guy,” forward Brandon Bass said. “Because he saw something in him. I think everybody expects that from (Smart).”

Head coach Brad Stevens was quick to point out, however, that Smart wasn’t the only one who had a hand in shutting down Harden.

“So, hats off to all those guys. They did a great job. And the guys that were helping did a great job, too — didn’t foul him, played solid, made him take tough shots. You know, 4-for-21. Again, he may have had an off night, but at the same time, I do believe our guys played exceptionally well against him.”

Keeping Harden off the line was crucial for the Celtics. Harden is a master of drawing fouls. He leads the league in free-throw attempts by a massive margin — he’s taken 448 this season, 86 more than second-place Jimmy Butler — and can finish the job, ranking in the top 10 in free-throw shooting percentage, as well.

It was clear from the jump that the Celtics had made it a point to limit Harden’s freebies. His first three drives to the rim produced two blocks (one resulting in a jump ball) and one offensive foul. In all, Harden attempted just five foul shots, well below his per-game season average of 9.1.

The game wasn’t a complete wash for Harden, though. Celtics forward Tayshaun Prince praised the way he orchestrated Houston’s offense early in the game, which helped to contribute to forward Donatas Motiejunas’ monster night (26 points, 12 rebounds).

“I thought James at the beginning of the game did a good job of just making plays and getting other guys involved,” Prince said. “As you could see, the first six minutes of the game he was just moving the ball, things like that, and trying to get other guys involved. Motiejunas got off to a great start, and they just started hitting so shots, so he just kept the flow that way.

“When he tried to get a rhythm shooting, it never really came to him, so that’s why they were still able to win with him shooting 4-for-21.” 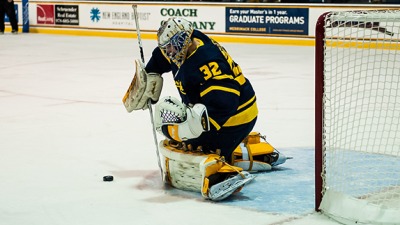