The New England Patriots might have themselves to blame for the Seattle Seahawks’ recent success.

The Patriots also are at least partially responsible for Richard Sherman’s worldwide fame.

Seahawks quarterback Russell Wilson said Wednesday that the team’s momentum began back in 2012 when Seattle beat the Patriots 24-23 in Week 6. The Seahawks were 3-2 going into that matchup, and they’re 39-11 since, so the Pro Bowl QB might have a point.

Sherman became famous — or is it infamous? — after the Seahawks beat the Patriots by going up to New England quarterback Tom Brady after the game to talk trash. Sherman later tweeted a photo of him yelling in Brady’s face with the message “U Mad Bro?” attached.

Now the two teams are set to face off again in Super Bowl XLIX next Sunday.

Sherman made many fans (Seahawks fans and Brady haters) and enemies (Patriots fans and those who are uptight about such things as class and sportsmanship) that day. The popular message after the game was “Sherman who?” But the cornerback has more than made a name for himself since, and it’s been well-deserved.

Frankly, Sherman should have been allowed to talk as much trash as he wanted that night regardless of his stature at the time. Brady targeted him seven times, and Sherman had an interception and two pass breakups. Sherman allowed just two catches for 32 yards on the afternoon.

Brady was able to complete his first pass on Sherman with a well-executed pick play. Below, Wes Welker runs Sherman off of his assignment, and Brady completes a 9-yard pass:

Brandon Lloyd got away with a blatant push-off that certainly would have been called today on Sherman’s second reception allowed. The Seahawks dropped back into a Cover 3, and Lloyd took advantage of Sherman’s momentum to haul in the 23-yard pass:

The Seahawks used their typical game plan in that game, dropping into Cover 3 for 35 of Brady’s 59 drop backs. The Seahawks played zone for 15 snaps and either Cover 2 or quarters for nine total plays.

Sherman only played one snap on the right side of the field, when he covered Brandon Lloyd out of the slot, where the cornerback spent just five plays.

Sherman shifted over from outside to the slot to follow Welker. It was one of the few times when the Seahawks, not the Patriots, dictated coverages. Sherman blanketed Welker over the middle:

Sherman let matchups come to him for most of the game on the defensive left side of the field. He covered Lloyd 22 times, Deion Branch on 19 snaps, Wes Welker on eight plays, tight end Aaron Hernandez on six snaps, Rob Gronkowski three times and running back Stevan Ridley once.

Based on those snap counts, it’s pretty crazy to see how much turnover the Patriots have had in two years. Of the players Sherman covered, only Gronkowski remains on the Patriots’ active roster. Still, we can look at those matchups and pair them with current Patriots.

Both of the catches Sherman allowed were thrown to Lloyd. His interception came while covering Branch in man coverage in the slot. It was Sherman’s first snap of the game covering the slot.

The cornerback lined up in the slot and covered Branch perfectly down the field, high-pointed the ball and came down with the interception. Perhaps Brady was expecting the Seahawks to stay in Cover 3, because a downfield pass with Sherman in coverage was ill-advised:

Brady would be best served to stay away from Sherman as much as possible, and it might not be too difficult. When Sherman is in a Cover 3 on a receiver known for running routes over the middle of the field, then he’ll basically ignore them at the snap. He did this with Welker on numerous occasions in 2012, and he might do the same with Edelman or Amendola lining up across from him in Super Bowl XLIX.

That means that Brady can still throw to the left side of the field, but it’s a bad idea to test Sherman on deep to intermediate routes. Quarterbacks are begging to get picked off when they throw at Sherman too frequently, and Brady’s too smart for that.

Sherman is considered overrated by some based entirely on his big persona. Make no mistake, though, Sherman is really, really good. He fits the Seahawks’ Cover 3 scheme perfectly, but he also excels in man coverage and in the slot.

It took Sherman getting in Brady’s face two years ago (and Erin Andrews’ last year) to become a household name, but he should have gotten to that point even without his big mouth. 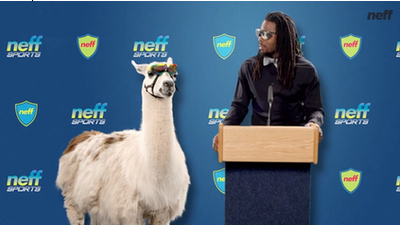 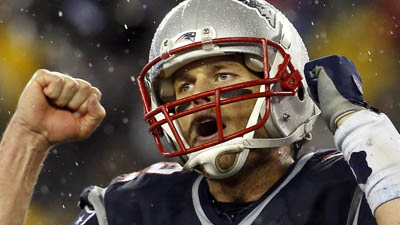 Boston College Professor: Weather Had To Play Role In DeflateGate