Suso soon will cease being a Red in order to become one of AC Milan’s Red Devils.

The 21-year-old Spanish forward underwent a physical examination last weekend and agreed to sign a four-year contract with the Serie A (Italian first division) club, according to the Liverpool Echo. Suso either will move from Liverpool to AC Milan in July as a free agent, or the teams could negotiate a nominal transfer fee, which would allow him to start his new adventure during this month’s transfer window.

?I am very happy to be coming to Milan,? Suso told Sky Sport Italia, according to the Echo. ?I haven?t spoken to coach (Filippo) Inzaghi yet. I came here for the medical and hope it all went well.

?Do I have a message for the Milan fans? I am not here for long, then we?ll see when I am able to play.?

Suso will end his Liverpool career after failing to fulfill his potential at Anfield. He joined Liverpool from Spanish club Cadiz in 2010 when he was 17. He debuted for Liverpool’s first team in September 2012 but made just 20 more appearances for the Reds in the next two-plus years. Suso spent last season on loan at La Liga (Spain first division) club Almeria, for whom he scored three goals in 33 games.

Suso hoped the experience he gained at Almeria would help him become a Liverpool regular, but manager Brendan Rodgers has used him only once this season. Suso scored in his substitute appearance against Middlesbrough on Sept. 23 in the Capital One Cup (Football League Cup). He hasn’t played since because of a groin injury and lack of form.

Suso will join the “Diavoli” (or “Red Devils” as AC Milan is commonly known) as they seek to return to their heavyweight status in the Italian and European game. AC Milan currently occupies eighth place in the Serie A standings. Inzaghi simultaneously is building for the future while striving for the immediate goal of earning a place in one of next season’s European competitions. 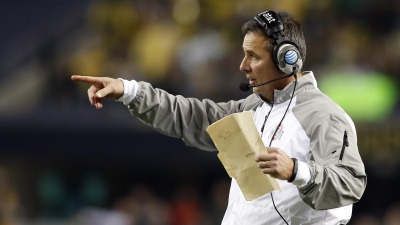