It’s sounding more and more like this will be a quiet deadline day for the Boston Celtics.

The Celtics reportedly are not finding much of a market for their three most tradeable veterans — Brandon Bass, Marcus Thornton and Tayshaun Prince — and president of basketball operations Danny Ainge said Thursday that with the team having gotten their two big trades out of the way already, he doesn’t feel pressure to make a splash at the trade deadline.

?We?ve had a busy season with (Rajon) Rondo and Jeff Green, arguably our two best players at the time,” Ainge said on 98.5 The Sports Hub’s “Toucher & Rich.” “That has probably made it less busy in the last month, but we?ve had a lot of conversations. We?re all over the map in directions we could go. We don?t feel pressure that we have to make decisions. Most of the discussions are freeing up cap and acquiring future picks, but keeping our core intact.?

Speaking of Rondo, Ainge likened the contract situation of the point guard to that of another the Celtics were reported to have interest in: Goran Dragic of the Phoenix Suns.

Boston traded Rondo primarily because it was not sure it would be able to re-sign him once he hit free agency this offseason. According to reports, the team would have faced the same issue with Dragic, a restricted free agent, making him an undesirable option for Ainge.

“We really don?t want to get rid of multiple draft picks for players with uncertainty in the free-agent market — a situation like we were in with Rondo,” Ainge said. “We?re looking for more certainty. It?s more likely that we will be busier in the summertime and actually get more accomplished in the summertime than we will here at the trade deadline.”

Ainge is not naive, though. He knows his team, as presently constructed, simply is not talented enough to contend for a championship. The Celtics boss said he is very pleased with his young players — especially the young guards — but that the current roster “(doesn’t) have enough.”

“The talent level that we have right now is not good enough at this moment,” Ainge said. “We do believe that most of our young players aren?t even close to reaching their prime, so that?s a very encouraging thought. And we also have (rookie) James Young, who we like very much and we haven?t seen a lot of yet this year. Hopefully he?ll get a chance to get more playing time as the season goes on.” 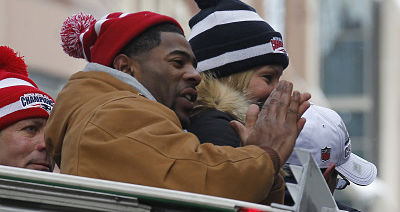 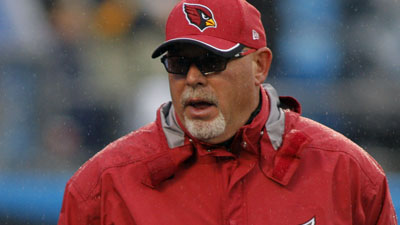 Bruce Arians Agrees With Bill Belichick: Every Play Should Be Reviewable