Editor?s note: NESN.com will go position by position to break down the Patriots? depth chart heading into the 2015 offseason. Next up: the wide receivers.

Every offseason is like “Groundhog Day” for the New England Patriots. They wake up in February, smack their alarm at 6 a.m., run into Ned Ryerson and need a wide receiver.

Obviously the Patriots are set with their No. 1 and 2 receivers in Julian Edelman and Brandon LaFell, but they could be going into 2015 without a solid No. 3 option.

Tyms and Orton will be back if the Patriots want them, since they’re exclusive-rights free agents, so the team doesn’t need to worry about signing any receivers to long-term deals. The Patriots need to do something with Amendola, however.

The slot receiver is due a $4 million base salary with a cap hit of $5.7 million in 2015. That’s significantly more money than Edelman or LaFell is getting next season, and it’s not in tune with Amendola’s value to the team. He caught just 27 passes for 200 yards and a touchdown during the regular season before breaking out with 11 catches for 137 yards and three scores in the playoffs.

If the Patriots cut or trade Amendola, it only would save them $2.1 million in cap space, though if they designate him as a post-June 1 cut, it would save them $4.5 million in cap room. The Patriots are up against the cap as it is, and they need all of the help they can get to help retain cornerback Darrelle Revis and re-sign safety Devin McCourty.

The ideal situation for the Patriots is if Amendola is willing to accept a pay cut as part of a restructured contract. That would allow them to save more money against the cap than outright releasing him, and it would lower their need for a wide receiver going into the offseason. The chances of Amendola accepting such a pay cut seem slim, however.

The Patriots can’t go into next season with Tyms, Dobson or Boyce as their No. 3 option, however.

This is a great offseason to need a No. 1 receiver, since top-tier players like Demaryius Thomas, Randall Cobb, Dez Bryant, Torrey Smith, Jeremy Maclin and Michael Crabtree are available. The Arizona Cardinals’ Larry Fitzgerald and the Houston Texans’ Andre Johnson also could be cut as cap casualties. The Patriots probably don’t have enough cap room to add a player like that if they want to retain Revis, so they’re better off finding another lower-cost option like LaFell was last year.

They could go the aging route, and get a guy like Reggie Wayne, or a player similar to LaFell who has never quite broken out as hoped or expected. Eddie Royal could be an appealing option who won’t cost as much as a No. 1 or 2 wideout. He also has versatility to play outside or in the slot.

The Patriots also could look to replace Amendola with a similar player like Cole Beasley, who is a restricted free agent with the Dallas Cowboys.

Of course, the Patriots could elect to draft a wide receiver, but that has gone exceptionally poorly since 2003, when they’ve hit on Julian Edelman and missed on Bethel Johnson, P.K. Sam, Chad Jackson, Brandon Tate, Taylor Price, Jeremy Ebert and Jeremy Gallon. It’s not looking too good for Dobson or Boyce, either.

It wouldn’t feel like a Patriots offseason without wide receiver being a top team need, but at least they don’t need a starter going into 2015.

Check out the rest of our position outlooks: Quarterbacks, running backs 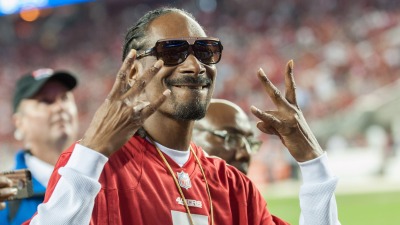 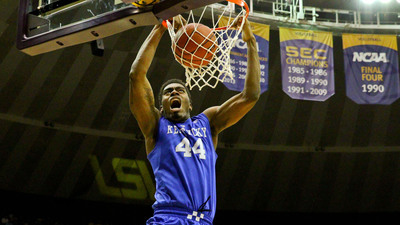