Tom Brady and his son won the Super Bowl of cuteness at Wednesday’s victory parade.

The New England Patriots quarterback was ready to celebrate his fourth championship with the city of Boston early this morning, as his wife, Gisele Bundchen, captured a picture of Brady and son Benjamin rocking Pats hats before they headed to the duck boats.

The father-son duo did their job along the route and kept the adorableness rolling. Cameras captured the two of them sharing a nice moment.

But wait, it gets better.

Oh, a video of that moment would be better, you say? We have you covered there, too.

This marks the first time Brady has been able to celebrate a Super Bowl championship with his kids, all of whom were born after 2004. 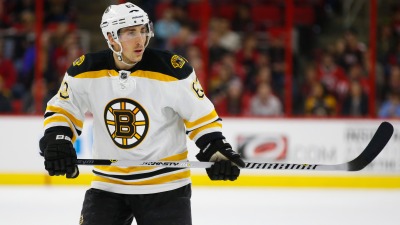 Bruins-Rangers Preview: Rivalry To Be Renewed At Madison Square Garden