Everybody wants a piece of Brad Stevens.

The Boston Celtics head coach, whom NBA commissioner Adam Silver last week called one of the best young coaching minds he’s ever seen, has been mentioned as a candidate for another college gig.

This rumor comes via Sports Illustrated and CBS Sports basketball analyst Seth Davis, who clarified that it’s no more than “chatter.”

Texas, which lost in the Round of 64 in this year’s NCAA Tournament, currently is without a head coach after Rick Barnes resigned over the weekend. Barnes quickly found a new job, signing Tuesday as the new head coach at Tennessee.

It’s wildly unlikely, however, that Stevens would choose to return to the college ranks any time in the near future. The 38-year-old former Butler boss shot down rumors back in December that he would leave the Celtics to coach at Indiana, and if his home state’s flagship university can’t woo him away from the NBA, there’s no reason to believe the Longhorns — or any other college team — can.

Plus, Stevens has engineered a remarkable turnaround in his two-year tenure on Causeway Street. As of Tuesday afternoon, the Celtics held the eighth playoff spot in the Eastern Conference with eight games to play. 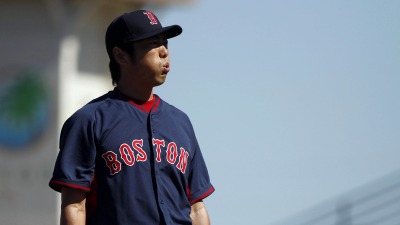