JaVale McGee Would Be Low-Risk, High-Reward Signing For Celtics - NESN.com Skip to content

JaVale McGee is an interesting dude, to say the least.

In his first five NBA seasons, first with the Washington Wizards and then with the Denver Nuggets, McGee was must see TV. The 7-footer was equally as likely to throw down a monster dunk or block a shot into the 10th row as he was to make the sort of boneheaded play that earned him near-nightly appearances on “Shaqtin’ a Fool.”

But since the fall of 2013, the enigmatic big man hasn’t been doing much of anything. He played just five games for the Nuggets last season and 17 this season before being dealt at the trade deadline to Philadelphia, where he played another six games before the 76ers waived him Sunday.

That’s 28 total games over nearly two full seasons, and McGee’s stat line over those contests is nothing to write home about: 5.1 points, 2.8 rebounds and 0.9 blocks per game.

So, what can he bring to the Boston Celtics?

ESPN’s Jeff Goodman reported Thursday that McGee, now 27, was close to inking a deal with the C’s that would run through the end of next season. Celtics president of basketball operations Danny Ainge then confirmed that report in an interview with 98.5 The Sports Hub’s “Toucher & Rich,” though he did not talk specifics.

?JaVale is a long, athletic guy,” Ainge said. “We don?t have that type of player, an above-the-rim offensive and defensive player. He?s been paid a lot of money in our league, had a few injuries, hasn?t lived up to his potential yet. We?re hoping that he can under (Celtics coach Brad Stevens’) tutelage. I think he is in a good place emotionally and mentally, and he really wants to get his career on the right path.?

If McGee can play anywhere close to the potential that he flashed in D.C. and Denver, then, yes, he certainly can help the Celtics. Boston has been craving a legitimate rim protector all season — and frontcourt depth in general — since Jared Sullinger went down, and McGee more than fits that bill.

The fact that the Miami Heat, Dallas Mavericks and Golden State Warriors — all of whom hope to make noise this postseason — reportedly also were interested in taking on McGee shows many around the NBA believe he still has some left in the tank.

Stevens has experience taking players off the scrap heap and turning them into contributors in Boston. (See: Jordan Crawford, Evan Turner) Best case scenario, McGee turns back the clock to 2011-12 — when he averaged 11.9 points, 8.8 rebounds and 2.5 blocks per night — and helps the Celtics grab the eighth playoff seed in the Eastern Conference.

At worst, he crashes and burns, the C’s cut him after a month and move on. McGee still is owed $12 million from the Sixers next season, meaning the Celtics should be able to bring him in for next to nothing.

Either way, it should be plenty entertaining. 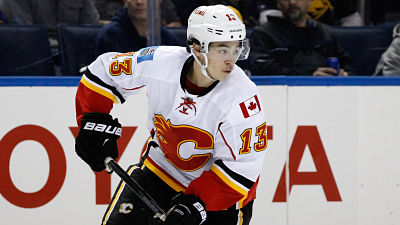