Enough with the exhibitions. Let?s starting playing for real.

The Boston Red Sox wrapped up spring training and will open the 2015 season Monday against the Philadelphia Phillies at Citizens Bank Park. That means predictions, projections and all that good stuff are being tossed around the Internet with reckless abandon, as it?s crunch time for all of us psychic wannabes.

But before we play the role of Nostradamus, let?s roll up the red sleeves, break out the red pen and assess what just happened over the last month and a half. It was an interesting spring in Fort Myers, Fla., and several noteworthy developments emerged from the day-to-day grind.

Here?s one man?s opinion on how everything shook out down in F-L-A.

This one?s easy because you don?t have to be a Red Sox fan to feel disenchanted. The only requirement is some level of compassion.

Few players in the Red Sox?s clubhouse — or across Major League Baseball, for that matter — have Vazquez?s passion and enthusiasm. The 24-year-old catcher worked tirelessly to take the next step this season, yet he now faces a year-long recovery because of an elbow injury.

The Red Sox have a slew of outfielders, so Bradley stood no chance of making Boston?s Opening Day roster. It doesn?t matter, though. The Red Sox simply needed Bradley to show something offensively.

Bradley did that, which not only raised his trade value but also gave the Red Sox reason to believe he?ll someday become an everyday outfielder.

One question answered: Will the Red Sox enter the season with all of their outfielders?

The Red Sox have long suggested their outfield situation is a blessing rather than a curse. You can never have too many good players, they?d say, yet it still seemed logical for Boston to trade from its surplus of outfielders — perhaps in exchange for pitching — before breaking camp.

Well, the Red Sox show just how committed they are to the guys in uniform.

One question left unanswered: Will the Red Sox?s pitching be good enough?

Whether it was on the back fields at Fenway South or on the main stage inside JetBlue Park, one common theme materialized: The Red Sox are going to hit a ton in 2015.

However, we still don?t know whether Boston?s run prevention will be as good as its run production. The Red Sox still don?t have an ?ace,? and injuries to closer Koji Uehara and starter Joe Kelly don?t help.

Admittedly, that sounds kind of cheesy. But there definitely is an unquantifiable advantage — however small — to having a clubhouse full of guys who are on the same page. The Red Sox?s 2013 World Series win was living proof.

One major question entering camp was whether the revamped roster would mesh, especially with Boston doling out big contracts to complete its facelift. The Sox answered the question with a resounding, ?Yes.?

Two perfect examples of the Red Sox?s chemistry coming to life:
1. The team?s impromptu fishing trip to a pond located behind Fenway South.
2. The team?s obstacle course relay race to determine who traveled on a cross-state road trip.

Which player not on major league roster made biggest impression?: Matt Barnes.

Barnes went from another face in a crowded pool of pitching prospects to someone who could make a major impact down the road this season. Manager John Farrell at times sounded downright bullish about the 24-year-old.

Barnes will begin the season as a starter at Pawtucket, and his three-pitch mix suggests he could stick in that role. But the right-hander?s high 90s fastball makes him an enticing late-inning option if Boston decides to reconsider its stance when spots inevitably open in the bullpen.

Consistency was the name of the game, both in his preparation and in his starts. Farrell lauded Porcello’s work ethic, and it?s starting to look like the Red Sox might have a 26-year-old ace in the hole.

(Mike Napoli absolutely raked, too, but we’ll go with the kid.)

Betts was dynamic on the field and poised in his interactions with teammates, coaches, the media, etc. The 22-year-old made a huge impression in every way imaginable.

The Red Sox see a superstar in Betts. This spring showed why.

Injuries and looming uncertainty surrounding the pitching staff keep this grade from being higher. It still was a solid camp overall, though, and we didn?t even touch on the Red Sox?s signing of Cuban infielder Yoan Moncada, who could evolve into a superstar a few years from now. 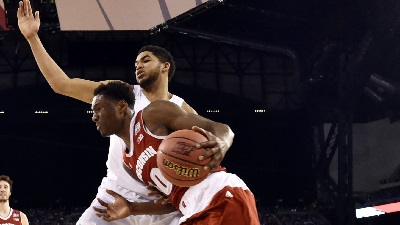 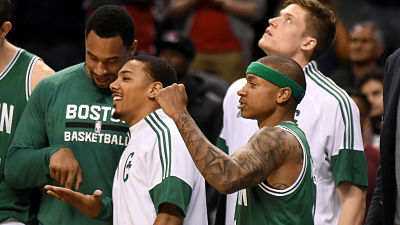