Mamadou Sakho will watch a large part of Liverpool’s run-in to the end of the 2014-15 season from the sideline instead of helping the Reds on the field of play.

The hamstring injury Sakho suffered last week will rule him out of action for three to four weeks, Sky Sports, the BBC and the Liverpool Echo reported Monday. Sakho likely will miss Liverpool’s next five games and will race against time in order to be healthy enough to face Chelsea in a Premier League game May 10.

The Reds will continue their pursuit of a top-four Premier League finish and victory in the FA Cup without Sakho for now.

After a turbulent start to the season, Sakho, 25, has become an integral part of Liverpool’s back line. The French center back has played in 26 games in all competitions this season, helping the Reds improve their previously leaky defense.

Sakho’s injury presents a chance for Dejan Lovren or Kolo Toure to impress manager Brendan Rodgers. One or both likely will join Emre Can and Martin Skrtel in a three- or four-man back line. 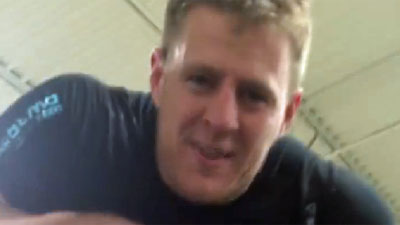