Vince McMahon will have to call up Mojo Rawley from NXT if he wants Rob Gronkowski to appear on WWE television.

Gronkowski cut an impressive promo with Rawley last weekend, and the Patriots tight end said he’d be open to appearing on “WWE Raw” once Rawley is promoted to the main roster.

“My boy Mojo Rawley is in the WWE’s NXT and he just got back from an injury, so he’s about to start amping it up again and he’s doing a great job,” Gronkowski told FOXSports.com recently. “He’s my boy and he’s killing it. I love watching him. We were just chilling and we cut a promo together and we had a blast. I can definitely see something in the future. Hopefully Mojo Rawley starts wrestling a lot and starts doing what he has to do and makes it to ‘Monday Night Raw.’ If my boy is there, I’m there for an appearance.”

Gronkowski was asked if he would like to “get in the ring” or just manage Rawley, and the All-Pro responded “all of it.”

ProFootballTalk wondered aloud if Patriots quarterback Tom Brady violated his contract by jumping off a cliff into water in Costa Rica because a player cannot ?engage in any activity other than football which may involve a significant risk of personal injury.? Getting in a WWE ring sounds a lot more dangerous than cliff diving.

Speaking of Brady’s dive, Gronkowski liked what he saw.

“I saw him jump off the cliff,” Gronkowski said. “It was a great jump. He’s got a little daredevil in him.” 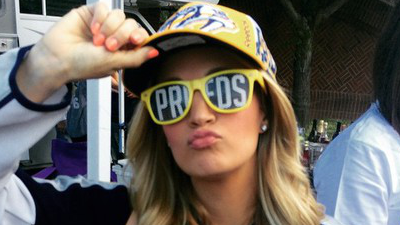