Editor?s note: NESN?s Tom Caron is on the 50-member USCHO ranking committee, and you can find his votes on the college hockey week that was every Monday on NESN.com.

That’s a wrap on the college hockey season.

It came down to Providence College and Boston University for all the marbles, and after an intense and shocking game, it was the Friars who were crowned champions. Providence won its first ever NCAA title with a 4-3 victory over the Terriers on Saturday night at TD Garden.

BU actually led Providence by a goal in the third period of the Frozen Four Final when things took a surprising turn. The Friars caught a huge break with nine minutes remaining as defenseman Tom Parisi dumped a puck in on Terriers goalie Matt O’Connor. What appeared to be a harmless shot turned into a nightmare for BU when O’Connor mishandled the puck and knocked it into his own goal.

Providence struck again over two minutes later to give them the 4-3 lead, and the rest was history. 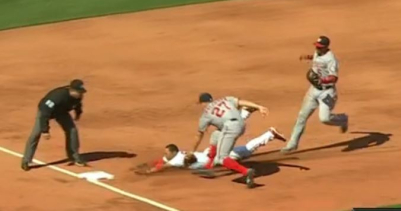