PONTE VEDRA BEACH, Fla. — Much like his entire career, Jerry Kelly was just another player on the golf course Friday at The Players Championship.

Tiger Woods kept the biggest gallery wondering how much longer they would see him when he flirted with missing the cut until he delivered a moment rarely seen of late. He made a putt that mattered, a 10-foot birdie that allowed him to stick around for two more days.

In the afternoon, Rory McIlroy made it easy on himself — by his standard at the TPC Sawgrass — with a dull round of 71 that kept him in contention. Dull can be good on the Stadium Course that meted out its share of punishment. And the island-green 17th was wild as ever.

What most everyone missed was the 48-year-old Kelly carving up the front nine with five birdies that carried him to a 7-under 65, giving him the low round this week and share of the lead with Kevin Na.

“I enjoy adrenaline,” Kelly said. “I am 48. I know it almost ravages the body as much as it helps it as you start getting older, but I would like to hang out for another couple of days and have some fun with it.”

Kelly and Na, who settled down after a wild start for a 69, where at 8-under 136. Both have some history on this golf course. Na was the 54-hole lead at The Players three years ago until he faded under intense scrutiny of serious swing issues.

Kelly had a two-shot lead over Woods in 2001 going into a final round that took two days to complete because of storms. Woods went on to win, and two weeks later he completed his grand sweep of the majors at Augusta National. Fourteen years later, Kelly and Woods are in different roles.

“I figured I would have another chance at this golf course,” Kelly said. “I didn’t think it would be that long, but it’s just strange. This whole career has gone by in the blink of an eye.” Kelly and Na were two shots clear of Rickie Fowler (69), Chris Kirk (68), David Hearn (71) and Branden Grace (67).

Not much is left from all that star power on both ends of the draw at the start of the week. McIlroy was in a featured grouping of the new generation, but the other two — Masters champion Jordan Spieth and Jason Day — now are old news. Spieth spent too much time trying to save par and finished with a meaningless bogey for a 72 to miss by three shots. 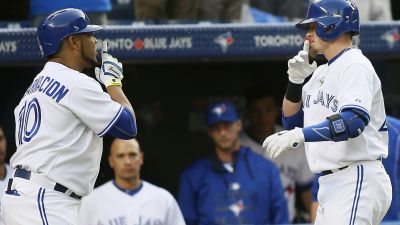 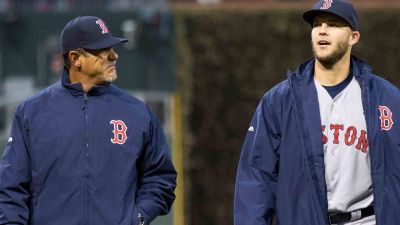