It all goes back to Indianapolis Colts general manager Ryan Grigson.

According to the lengthy Wells report that was released Wednesday afternoon, Grigson indeed sparked the DeflateGate investigation with an email that he sent to the NFL the day before the Colts’ AFC Championship Game against the New England Patriots.

The Wells Report states Grigson had concerns about the Patriots intentionally deflating footballs, prompting him to send a message to David Gardi and Mike Kensil, two senior members of the league’s football operations department.

Grigson’s email included an additional message from Colts equipment manager Sean Sullivan, stating that all the team wanted was a “completely level playing field.” Sullivan also told Grigson it was widely known around the league that the Patriots regularly deflated their game balls after being checked by officials, per the report.

“As far as the gameballs are concerned it is well known around the league that after the Patriots gameballs are checked by the officials and brought out for game usage the ballboys for the patriots will let out some air with a ball needle because their quarterback likes a smaller football so he can grip it better, it would be great if someone would be able to check the air in the game balls as the game goes on so that they don’t get an illegal advantage,” Sullivan’s attached message said.

Gardi and Kensil forwarded the email along to James Daniel, director of game operations, and to Dean Blandino and Alberto Riveron, senior members of the NFL officiating department who then notified Walt Anderson, the referee assigned to the game.

The Grigson email contained no “factual support for the suspicions raised,” according to the report, but rather the Colts’ concerns can be traced back to the team’s Week 11 matchup against the Patriots. Grigson, Sullivan and other members of the equipment staff pointed to that game in the report, saying two footballs that safety Mike Adams intercepted from Tom Brady “seemed spongy or soft when squeezed.”

While they couldn’t identify a source, the Colts also claimed there was “chatter” around the league that the Patriots prefer their footballs to be under-inflated and “visiting teams should be on guard when playing at Gillette Stadium.” 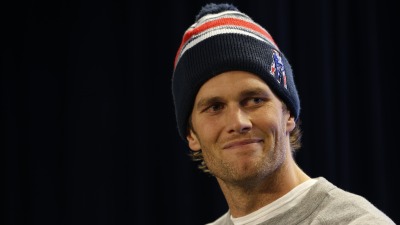 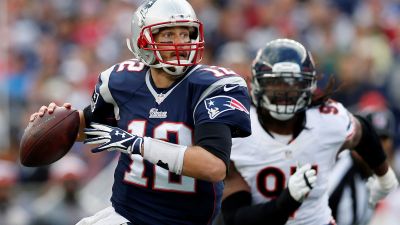