Is it too early to label this season?s stars? Probably.

But why should that stop us from looking back on April and determining which players shined brightest in the first month of the 2015 season?

There definitely were some team surprises in April, like the Houston Astros? hot start and the Washington Nationals stumbling out of the gate. The same could be said for individual performances, though plenty of familiar faces also hit the ground running.

As the calendar flips to May, let?s assess the small sample size we baseball enthusiasts have been served thus far. The following were the best of the best at each position, in one man?s opinion, and theoretically should be considered MLB All-Star front-runners based on that logic.

2B: Devon Travis, Toronto Blue Jays
The Blue Jays and Tigers swapped prospects back in November. Anthony Gose might materialize into something, but Travis already is something: the best second baseman in baseball for one month, at least.

3B: Josh Donaldson, Toronto Blue Jays
Mike Moustakas is evolving into a threat, both offensively and defensively, for the lively Kansas City Royals. But Donaldson has shown a little bit more pop, also fields his position well and doesn?t have the painful benefit of being plunked six times to pad his on-base percentage.

SS: Jose Iglesias, Detroit Tigers
Jed Lowrie might have been the pick here. But guess what? He?ll likely be out until after the All-Star break, effectively eliminating him in one voter?s mind. Let?s go with Iglesias, a defensive wizard who caught fire at the plate, with the presumption his insane BABIP will regress to a normal level before long.

C: Stephen Vogt, Oakland Athletics
Not even close. His offensive production at the position trumps all others? to this point and is enough to give him the edge over Kansas City?s defensively gifted Salvador Perez.

OF: Adam Jones, Baltimore Orioles
Looking like the second-best player in baseball. A stud for the O?s.

OF: Hanley Ramirez, Boston Red Sox
The Red Sox have needed their offense to step up amid their pitching problems. And Ramirez has answered the bell, tying David Ortiz?s franchise record for the most home runs (10) hit before May 1.

National League
1B: Adrian Gonzalez, Los Angeles Dodgers
Apologies to Paul Goldschmidt (one of baseball?s most underrated players) and Joey Votto (looks like his usual self after a disappointing 2014). But Gonzo?s power has been impressive for the first-place Dodgers.

2B: Dee Gordon, Miami Marlins
Jose Altuve is a better player, but Gordon silenced his critics in April to the tune of an average around .400.

SS: Adeiny Hechavarria, Miami Marlins
We might as well keep the Marlins? middle infield together, right?

OF: Giancarlo Stanton, Miami Marlins
A new $325 million contract hasn?t slowed him down. Stanton, a face of MLB for the foreseeable future, is the most feared slugger the game has to offer.

OF: Joc Pederson, Los Angeles Dodgers
It?s a crowded bunch beyond Stanton. And Pederson?s outfield teammate, Andre Ethier, has been pretty good, too. But Pederson, at age 23, looked like a star in all facets in April.

OF: Bryce Harper, Washington Nationals
People need to stop the Trout comparisons and accept Harper for what he is: one of the game?s best outfielders not named “Mike Trout.” 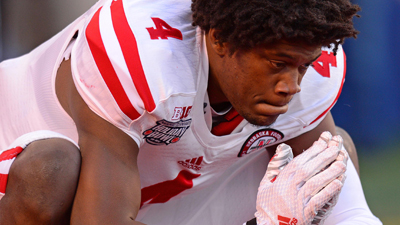 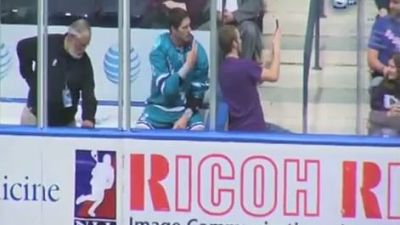