WALTHAM, Mass. — Kameron Woods was particular when deciding which NBA team he would visit first.

As a player who will need to turn heads in the pre-draft process to have any chance of landing an NBA roster spot, the 6-foot-9 forward prospect wanted his initial workout to come in a comfortable environment.

For that, he turned to the man who knows him better than anyone in the NBA: his former college coach, Brad Stevens.

“For my first one, it’s why we did it like this,” said Woods, who played two years under Stevens at Butler before Stevens took over as head coach of the Boston Celtics. “It was definitely comforting kind of walking into a situation with a coach that I’ve played for before, somebody that I have a good relationship with. We kind of did that for that purpose (so) that I could be relaxed and go out here and try to just play my game, show everything that I have.”

Stevens has kept close tabs on the Butler program — he attended a game against Creighton during this season’s NBA All-Star break — and Woods says the coach’s former disciples have returned the favor.

“At Butler, we’ve become big Celtics fans,” he said. “Part of that was because he’s stayed such a big Butler fan. So, we want to see him succeed just as much as he wanted to see us succeed. And it’s been really genuine on both sides. I don’t think you’ll see any Butler guy tell you that they’re a fan of the Celtics, and they’re saying it just for the cameras.

“I think the relationship he built at Butler makes it really easy to follow him and be supportive of him, especially since we stay in such close contact. Regardless of where I end up or where anybody else ends up, he’s somebody that will always a really good friend and mentor of mine.”

Woods visited Stevens’ home upon arriving in Boston on Wednesday, with the coach offering him some words of wisdom regarding the draft process. Once they hit the practice court, though, the 22-year-old said he received the same treatment as the other five NBA hopefuls in attendance.

“I think that’s the thing about Coach Stevens that a lot of people can respect,” Woods said. “He’s going to coach me the same as somebody who he’s never seen before or somebody that he doesn’t have as good of a relationship with. There really wasn’t any difference. The only thing was we did a couple of drills out there that we did back at Butler. He tapped me and would be like, ‘Does that one look familiar?’ ”

And the drills weren’t the only constants.

“I think when he first left (Butler), that was something that we wondered: if he could change,” Woods said. “Whether it’s his demeanor or how he likes to play on either side of the ball, the stuff that he calls. But (he) really hasn’t. Coach Stevens is the same guy. We sat down and had the same conversations that we would have back when he was our coach at Butler. 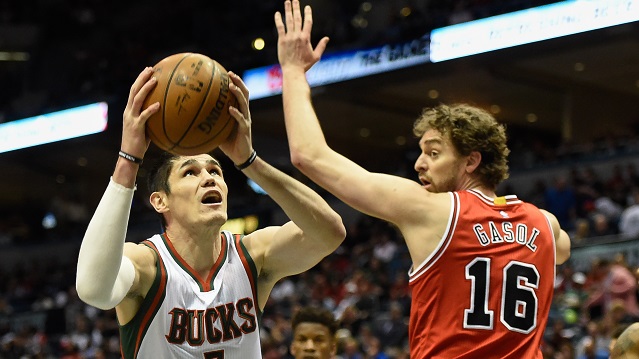