BOSTON — During his visit to the Celtics’ practice facility this spring, Jordan Mickey bristled at the notion that his 6-foot-8 frame would put him at a disadvantage at the NBA level.

?I would say (to critics) I led college basketball in blocked shots this year,? he said. ?That?s 7-footers, 7-foot-2, 7-foot-5 ? all of that. I led the country in blocks, so I feel like height really isn?t a big difference to me.”

Boston selected Mickey, a 6-foot-8 forward out of LSU, with the 33rd pick in Thursday’s NBA draft. Celtics coach Brad Stevens, who ran Mickey through a second workout this week, was surprised to see the 20-year-old’s name still on the board when it came time for Boston to make its third selection of the night.

“Jordan’s a good player,” Stevens said moments after the pick was announced. “I’m surprised he was there at No. 33. Really surprised.”

Mickey, who racked up 3.6 blocks per game as a sophomore with the Tigers, was the Celtics’ only frontcourt draftee. The C’s used their remaining three picks to nab a trio of guards: Louisville’s Terry Rozier at No. 16, Georgia State’s R.J. Hunter at No. 28 and William & Mary’s Marcus Thornton at No. 45.

Stevens viewed both Mickey and Hunter as steals.

As for what Mickey can bring to the team that drafted him, Celtics brass raved about his athleticism and defensive versatility, with president of basketball operations Danny Ainge calling him “the best athlete now in our frontcourt.”

“I think Jordan is a versatile athlete from a defensive standpoint,” Stevens said. “He can guard fours. He can switch a little bit. He’s a great shot-blocker, when you look at his numbers, for a smaller guy in height. But then you look at his length and his reach, and he’s really, really long, and he gets off the floor extremely quickly. He’s one of those guys that probably shoots to about 16, 17 feet right now but can impact the game in a lot of different ways.” 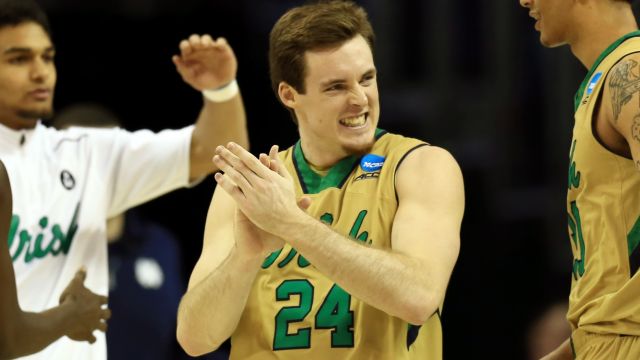 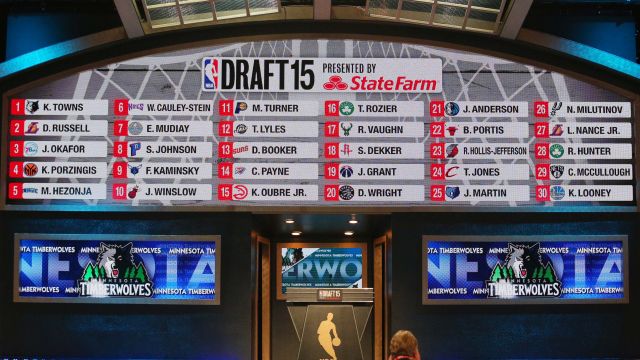 Danny Ainge: Celtics Will Not Keep All Four Draft Picks; ‘Tough Choices’ Ahead