The 6-foot-5 Notre Dame sharpshooter, previously drafted by the Baltimore Orioles as a pitcher, was selected 41st overall in Thursday night’s NBA draft by the Brooklyn Nets before being traded to the Portland Trail Blazers as part of a four-player deal.

Connaughton not only owns a mid- to high 90-mph fastball, but he also had the best vertical leap — 44 inches — at the NBA draft combine this year. Many scouts believe the former St. John’s Prep Eagle is a better baseball prospect than basketball, but Connaughton’s first love is basketball, so he wants to give the NBA a shot. If he doesn’t make a roster out of training camp, he’ll trade in his Jordans for spikes.

“That’s where I draw the line, that’s where I would go back to playing baseball and can sleep at night knowing I gave myself a chance to play in the NBA,” Connaughton told The Baltimore Sun before the draft. “I didn’t want to burn a bridge before I saw what was on the other side.”

The Sun, citing a baseball source, reported that the Orioles could go after Connaughton’s $428,000 signing bonus, saying “the team believes it has the right to recoup the money and would likely pursue doing so” if he makes an NBA roster.

Boston College guard Olivier Hanlan was selected right after Connaughton, going 42nd overall to the Utah Jazz. He’s the first BC player to be drafted since Detroit Pistons guard Reggie Jackson was selected by the Oklahoma City Thunder in 2011.

UMass big man Cady Lalanne was selected late in the second round by the San Antonio Spurs as the 55th pick in the draft. He’s the first Minuteman to be drafted since Stephane Lasme in 2007.

With Hanlan and Lalanne both drafted, this marks the first time since 2007 that both a BC and a UMass player were drafted in the same year. Lasme (Golden State Warriors) joined BC products Jared Dudley (Charlotte Bobcats) and Sean Williams (New Jersey Nets) as selections that year.

Danny Ainge: Price To Move Up In NBA Draft’s First Round ‘Way Too High’ 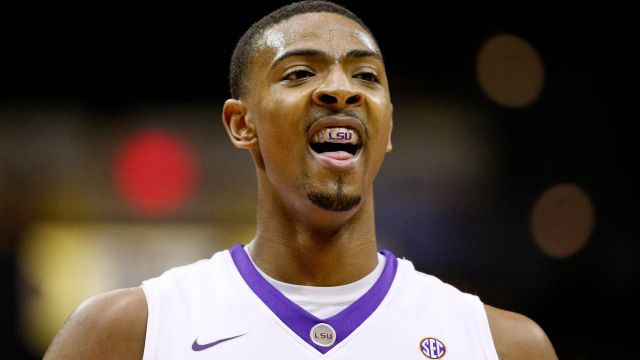