Final, 2-1 United States: The referee blows the final whistle, and it’s all over at Toyota Stadium. Team USA wins its Gold Cup opener and moves to the top of Group A.

Clint Dempsey was the hero of the night, scoring both goals in Team USA’s win. Honduras outplayed Team USA for large portions of the game and gave the hosts a scare from beginning to end. Honduras’ fight was impressive, as was Team USA’s ability to capitalize on its chances.

The result is more important than performance in tournament play, and Team USA began its Gold Cup defense with the necessary victory.

Three things we learned in USA-Honduras >>

90th minute, 2-1 United States: There will be a minimum of three minutes of added time in the second half.

Honduras still is pressing the issue in search of the game-tying goal.

86th minute, 2-1 United States: The referee cautions Palacios for a foul on Dempsey.

84th minute, 2-1 United States: Hernandez receives a pass, turns and shoots from 15 yards out, but his effort goes wide of Guzan’s goal.

82nd minute, 2-1 United States: Honduras misses another close chance, as Hernandez fails to reach a cross at the far post before it goes out for a goal kick.

77th minute, 2-1 United States: Bradley shoots a free kick on goal from a tight angle. The ball bounces just before reaching Escober, and the Honduras goalkeeper bobbles it on the goal line. The referee says no goal. There’s no technology to make a clear determination.

75th minute, 2-1 United States: Eddie Fernandez replaces Figuero, as Honduras brings a forward on for a defender with its third and final substitution.

72nd minute, 2-1 United States: Discua’s goal represents a stunning turn of events and sets the stage for a tense finish to the game.

Discua took a pass from Alvarado and dribbled past Brooks like he wasn’t there before calmly beating Guzan with a well-taken finish.

It’s more slack marking from Honduras on a set piece. Dempsey floated into Honduras’ goal-mouth unimpeded, rose and connected with an uncontested header. How many times has Dempsey scored a goal like this one? A lot.

62nd minute, 1-0 United States: Team USA still has its lead, but Honduras remains on the front foot — if only slightly. Klinsmann is set to make another change to reverse the tide in the final 30 minutes.

52nd minute, 1-0 United States: The second half has opened in the same fast, fierce and competitive vein in which the first half closed.

46th minute, 1-0 United States: The second half is underway. Neither side made any substitutions at halftime.

Dempsey’s goal headlines the events of an absorbing first half. Honduras held nothing back in the opening period, surprising Team USA with its determination and ambition. But Dempsey scored — in typically scrappy fashion — to help bring Team USA to life. The teams remained on equal footing through the end of the half, and there’s no telling which side will control proceedings after the interval.

45th minute +1, 1-0 United States: Najar holds off Yedlin and fires powerfully over the crossbar in the final action of the first half.

45th minute, 1-0 United States: There will be a minimum of one minute of stoppage time in the first half.

39th minute, 1-0 United States: Team USA leads, but the game remains tight as it nears halftime. Honduras is playing with energy and confidence, despite the deficit. Team USA is dangerous on the counter-attack.

31st minute, 1-0 United States: Team USA comes close on the counter-attack. Johnson cuts inside, surges through the midfield and slips a pass forward to Yedlin, whose shot fails to beat Escober.

31st minute, 1-0 United States: Team USA’s opening strike came against the run of play. Honduras had enjoyed the better start to the game, but the United States punished its inability to clear the set piece.

Also, Klinsmann challenged Dempsey to lead the tournament in goal scoring. The veteran forward is off to a good start by doing what he always does.

The goal came from a corner kick. Escober kick-saved Altidore’s shot toward Dempsey, who was lurking in the goal-mouth. Dempsey headed the ball over the goal-line.

Dempsey now has scored 42 goals in his international career and six in the Gold Cup.

21st minute, 0-0: Honduras appeared to have caught Team USA off guard with its aggressive approach in the early stage of the game, but the hosts now are settling into a rhythm and are gaining a measure of control of the contest.

16th minute, 0-0: The referee cautions Brooks for a foul on Martinez.

12th minute, 0-0: Honduras’ start pleases their fans, who are greeting each pass with shouts of “Ole.”

Seventh minute, 0-0: Guzan tips Najar’s long-range shot over the crossbar. Honduras earns another corner kick, but it comes to nothing.

Fifth minute, 0-0: Brooks blocks Najar’s cross deep inside the U.S. penalty area. Honduras has the hosts under pressure early on.

Third minute, 0-0: Beckerman boots the ball off the U.S. goal line, as Honduras surprisingly crafts the first chance on goal.

Lozano forced Guzan into making a save, but the Team USA goalkeeper allowed the rebound to slip onto the goal line. Beckerman covered the ground and reacted quickly.

Pregame: Alvarado starts next to Brooks at center back. There was some doubt whether Klinsmann would partner Omar Gonzalez or Alvarado with Brooks, but the coach went with the largely untested Alvarado.

Zardes and Yedlin start in wide midfield positions. They must provide constant attacking energy and remain honest defensively in order to justify their places in the starting 11.

Beckerman will play a holding role behind Bradley, who starts in his 100th appearance for his country.

Altidore will lead the forward line. Dempsey likely will drop underneath him and operate at times against what most expect to be a deep-lying defense.

Here are the lineups:

9 p.m. ET: The United States men’s national soccer team’s march to Russia started in 2013 with victory in that year’s CONCACAF Gold Cup, paused for 23 months, and now is set to resume.

Team USA aces Honduras on Tuesday night at Toyota Stadium in Frisco, Tx. The game pits two of the region’s highly rated teams against one another in their respective CONCACAF Gold Cup openers. The winner of the contest will assume control of Group A, which also includes Haiti and Panama.

If the United States wins the 2015 Gold Cup it will qualify for the 2017 FIFA Confederations’ Cup. If Team USA fails to triumph this month, it will face the tournament winner in a playoff to determine CONCACAF’s representative in the Confederations Cup — an important tournament for FIFA World Cup hopefuls.

Team USA head coach Jurgen Klinsmann selected a veteran-laden roster for the tournament and chose Michael Bradley to lead the squad as its newly minted captain. Clint Dempsey remains a key figure in the dressing room and on the field despite losing the arm-band.

USA-Honduras kicks off at 9:30 p.m. Join us right here for all the action from Toyota Stadium.

USA to face Haiti on July 10 at Gillette Stadium >> 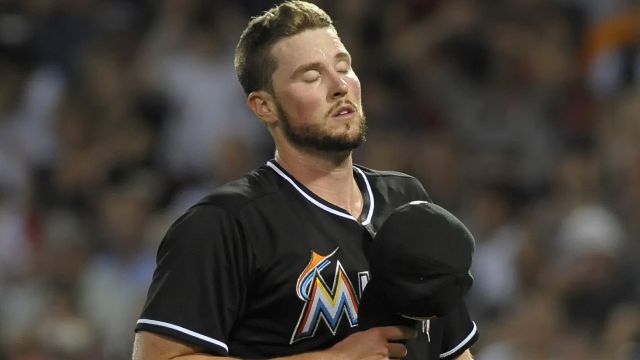 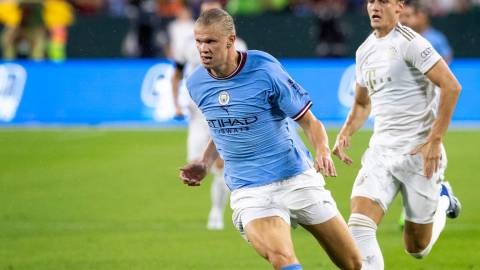