Janay Rice: Ray Rice Made A 'Mistake,' Should Be Allowed To Play In NFL (Video) - NESN.com Skip to content

In an interview with ESPN that aired Tuesday, Ray Rice insisted he’s a changed man who deserves a second chance.

It appears his wife agrees.

Janay Rice recently sat down for an interview with ESPN’s Jemele Hill and gave a strong vote of confidence for the man who knocked her unconscious in an elevator in February 2014.

“He’s made out to be this monster,” Janay Rice told Hill. “He’s not a wife-beater, he’s someone who made a mistake. He’s human, and I’m not taking light off of anything he did, but he’s human, and he has done everything he’s supposed to do to redeem himself. So, it kind of makes me quite mad.”

Janay also told Hill that she’s with the former Baltimore Ravens running back “because I love him,” not because he’s a successful football player.

Rice, who had domestic violence charges stemming from the incident dismissed by a New Jersey judge in May, currently is a free agent but has yet to draw interest from any NFL teams. 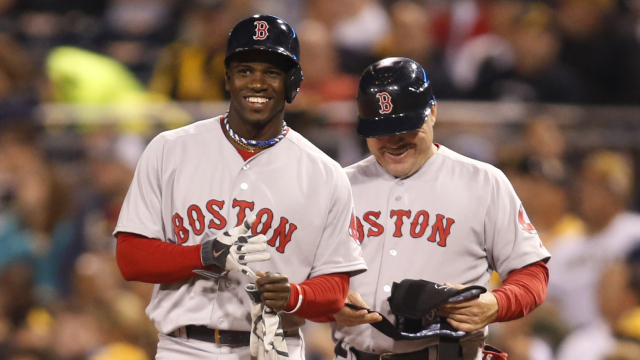