The Boston Celtics wing played in just 31 games last season after the C’s drafted him with the 17th overall pick out of Kentucky. He bounced back and forth several times between Boston and the Maine Red Claws, the Celtics’ D-League affiliate.

But Young does have Father Time on his side: He entered the league at the ripe age of 19 and still is the youngest player on the Celtics’ roster entering this season. So when Celtics president of basketball operations Danny Ainge addressed reporters at the team’s media day Friday, he expressed plenty of confidence in the former Wildcat.

“I guess it’s something that I remind myself, but James is still only 20,” Ainge said. “I think he would have been one of the top 10 youngest guys in this year’s draft. I think James has made great strides.

That’s pretty high praise, but Young put up the numbers in Maine to earn that hype. He averaged 21.5 points per game while playing an average of 32.9 minutes and shot an impressive 44.2 percent from 3-point range.

As expected, Young has had some setbacks. He struggled in the team’s summer league games, regressing to a 23.1 overall shooting percentage while making just two of his 13 attempts from three and committed several mistakes on the defensive end.

But Young himself admitted Friday he’s much more confident and prepared entering Year 2 and is open to whatever path this season takes him, whether that leads him to Maine or Boston.

Given Young’s age, it appears Ainge and Co. have no interest in rushing things.

“We have to be patient with James,” Ainge added Friday. “… He has been here working with our coaches. His work ethic has improved, his professionalism has continued to improve, he has a terrific upside. I’m still very excited about James.” 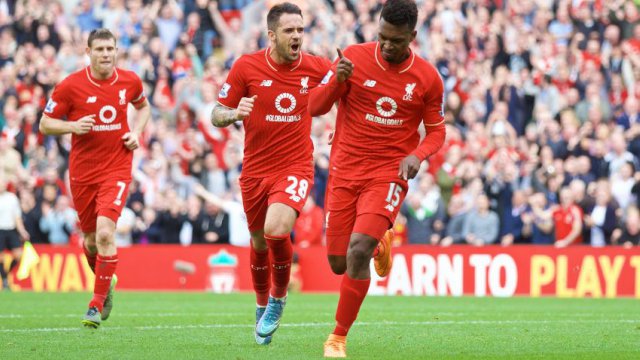