BOSTON — The Celtics just needed a little time to warm up.

The Philadelphia 76ers held a five-point lead over Boston after one quarter in the teams’ season opener, but the Celtics finally shook off the rust, exploding in the second and fourth frames to coast to a 112-95 win at TD Garden on Wednesday night.

Isaiah Thomas paced the Celtics offensively with 27 points and seven assists, while rookie Jahlil Okafor led the Sixers with 26 points in his NBA debut.

The Celtics’ reserves stepped up big in this one, with three bench players finishing in double figures. Thomas scoring in bunches should come as no surprise, but Amir Johnson (15 points) and Jared Sullinger (12) had big nights offensively, as well.

Boston’s bench outscored its starters 67-45 on the night.

THE JAHLIL DEAL
NBA fans got their first glimpse of Okafor on Wednesday night. He impressed right off the bat.

The third overall pick abused the Celtics’ big men early in the game, knocking down his first five shots for 10 points in his first six minutes of action. Here’s one of those buckets:

BLOCK PARTY
The Celtics’ defense woke up in the second quarter, though, putting the clamps on Okafor and fellow big man Nerlens Noel.

Philadelphia went nearly six minutes without scoring a basket at one point, as Boston went on a 21-2 run to take an 11-point lead into halftime.

Aiding that defensive effort was a host of blocks by the Celtics’ big men. Boston recorded a total of seven swats in the first half, which played a large part in the team outscoring Philly 30-14 in the second quarter.

BIG OPPORTUNITY
With Kelly Olynyk suspended for one game due to his incident with Kevin Love in last season’s playoffs, Sullinger got plenty of run.

The reserve big man played 21 minutes and made the most of them, racking up seven rebounds to go along with his 12 points and playing serviceable defense on Okafor.

Sullinger was projected as the Celtics’ fifth big man, but that could change if he can build off Wednesday night’s strong showing.

PLAY OF THE NIGHT
The Celtics ran a fast break to perfection — capped by an Avery Bradley slam — to bring the TD Garden crowd to its feet in the third quarter.

UP NEXT
The Celtics are back at TD Garden on Friday night, where they’ll take on the 2015-16 Atlantic Division champion Toronto Raptors at 7:30 p.m. ET. 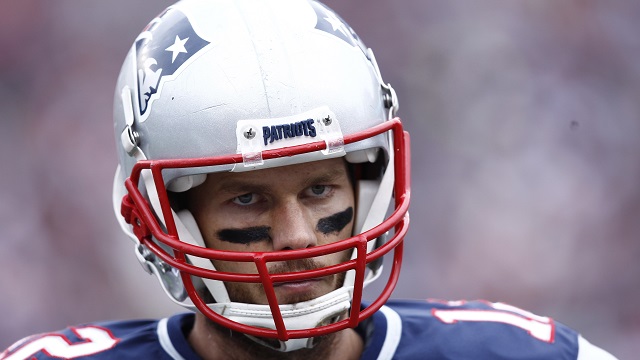