Add 50 Cent to the list of people chiming in on Ronda Rousey’s UFC 193 loss to Holly Holm.

The rapper, who’s an on-and-off friend of boxer Floyd Mayweather, posted a meme to his Instagram on Sunday that superimposed an image of a knocked-out Rousey over character Apollo Creed in a scene from “Rocky IV.” What’s more, 50 Cent claims Mayweather told him to post it.

LMAO FLOYD TOLD ME TO POST THIS ðŸ˜†, he want me to do the dirty work.ðŸ˜‚ #EFFENVODKA #FRIGO #SMSAUDIO

Mayweather has yet to say anything about the fight, so there’s no way of knowing if he actually told 50 Cent to do his “dirty work.” Either way, the rapper didn’t stop there.

He also posted two other memes, which are now deleted probably due to how inappropriate they were. One featured an image boxer Manny Pacquiao arranged on top of Rousey with “Netflix and chill” written underneath them, and the other was a photo of Bill Cosby with the words “Hello? Can you please tell me what room Ronda Rousey is in and if she’s still asleep?” Cosby, of course, has been accused of drugging and raping dozens of women. 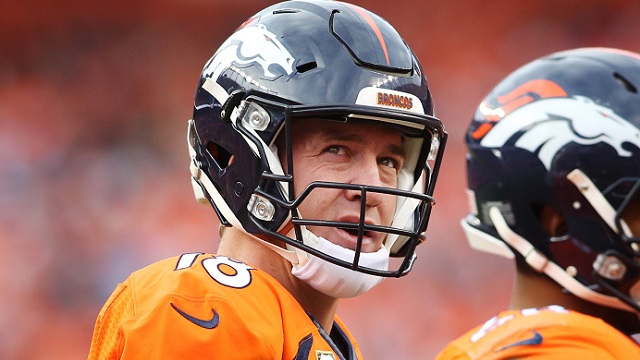 Peyton Manning Out For Week 11; Brock Osweiler To Start For Broncos